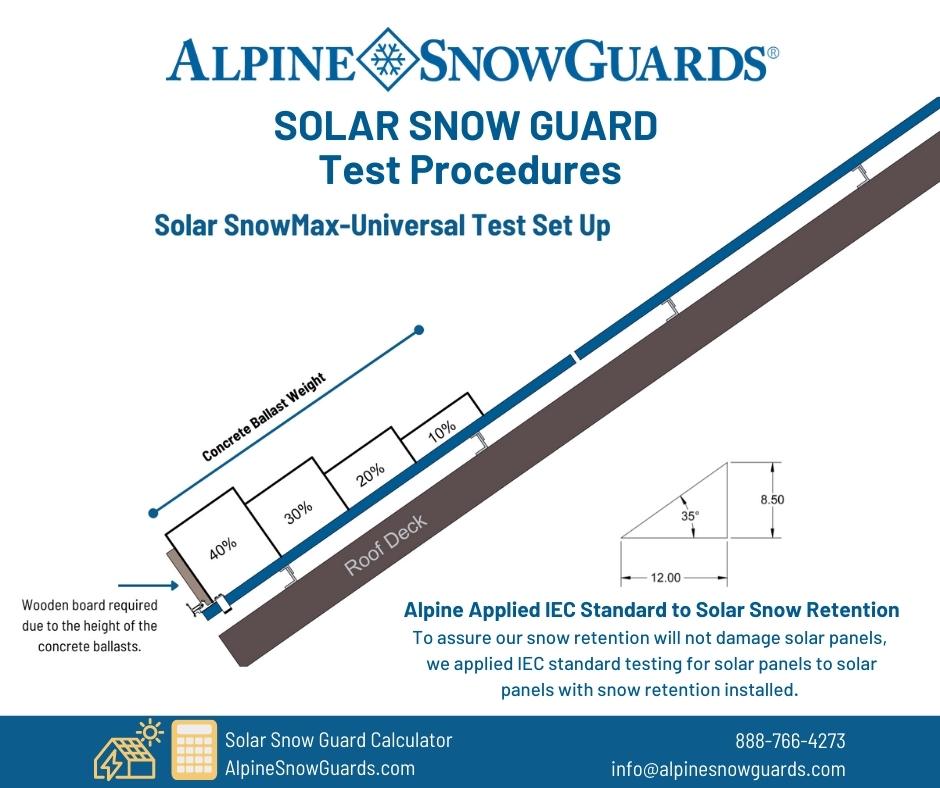 With over 25 years’ experience designing and manufacturing snow guards, Alpine SnowGuards’ products provide optimal performance that uphold the structural and water-tight integrity of roofs regardless of roofing material.

Alpine launched its solar snow management products in 2012 in response to several years of fielding questions about avalanching snow off roof-mounted solar panels. In that time, we honed our engineering calculations for layout recommendations and product design.

Depending on the size, pitch and location of the array, Alpine solar snow retention components can be installed alone or, for best performance, in combination with one another.

Success is Realized via Proper Installation

“I have not seen our solar snow guards fail on any system, anywhere or cause damage to it when they were installed properly,” said Kris Michaud, Alpine’s technical support manager.

Alpine has performed mechanical testing of Solar SnowMax-Universal and Solar Snow Dog snow guards at our facility in Vermont on test panels with concrete pavers as the ballast weight. Our tests follow the test loading protocol established in IEC 61215:2021. 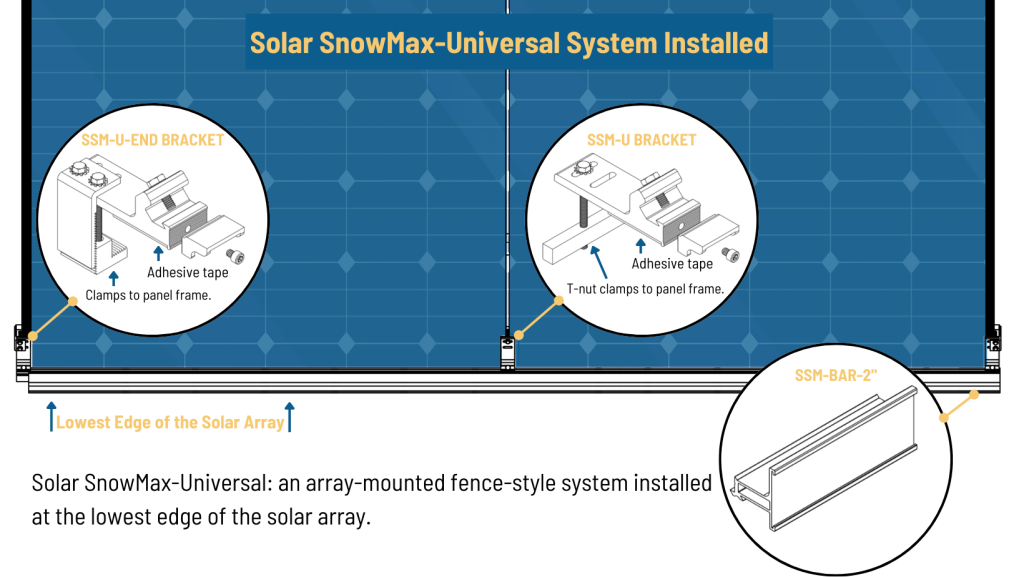 Solar SnowMax-Universal system components include clamp-on and adhered end brackets (SSM-U-End), clamp-on and adhered mid brackets (SSM-U), and a 2″ tall bar that mechanically fastens onto both bracket designs. Adhesive tape used on the SSM-U system is designed to provide additional shear resistance. The clamping mechanism provides positive pressure on the adhesive tape and resists overturning. Combining the clamping mechanism and tape strengthens the attachment; where one mechanism is weak, the other is strong. 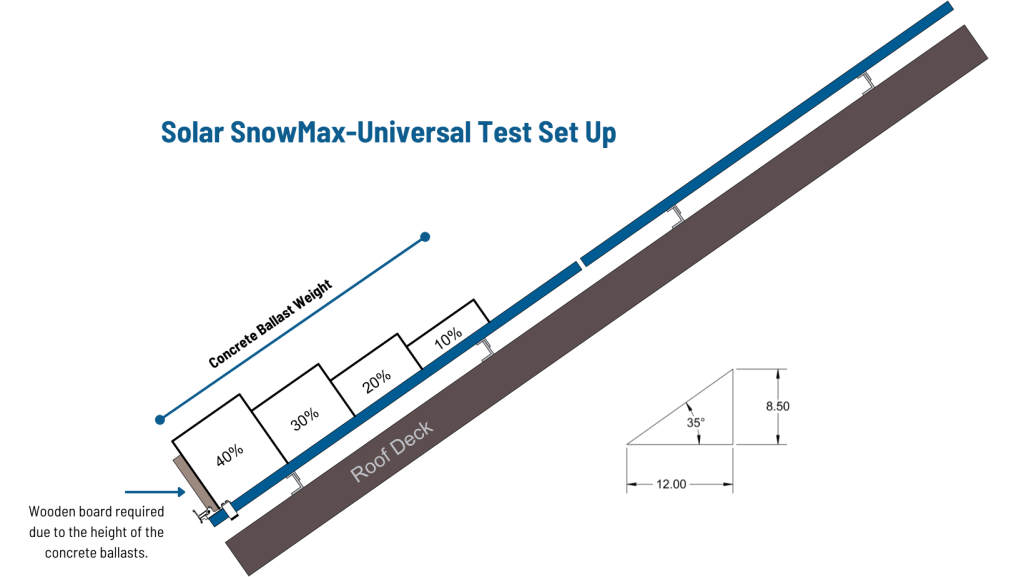 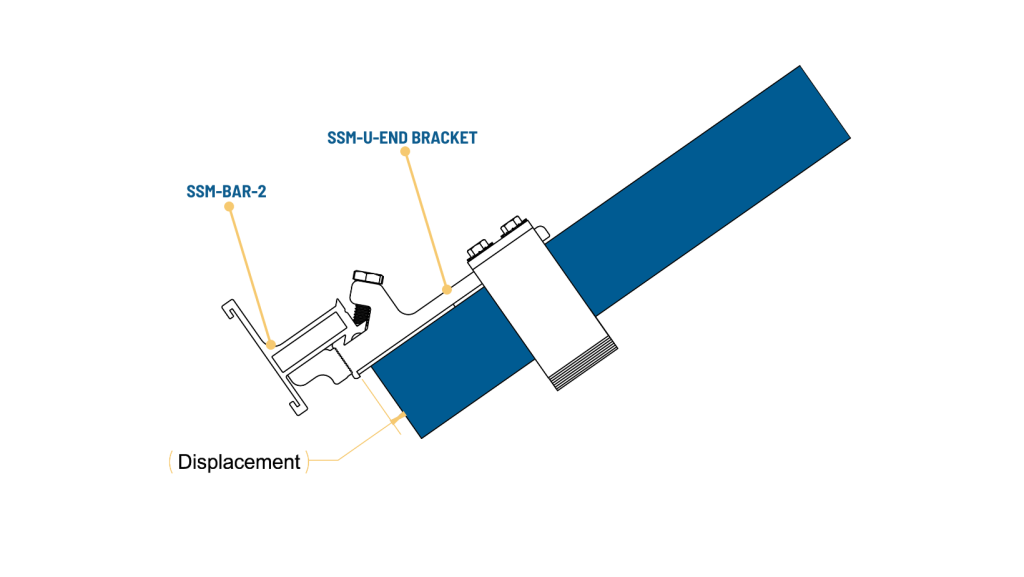 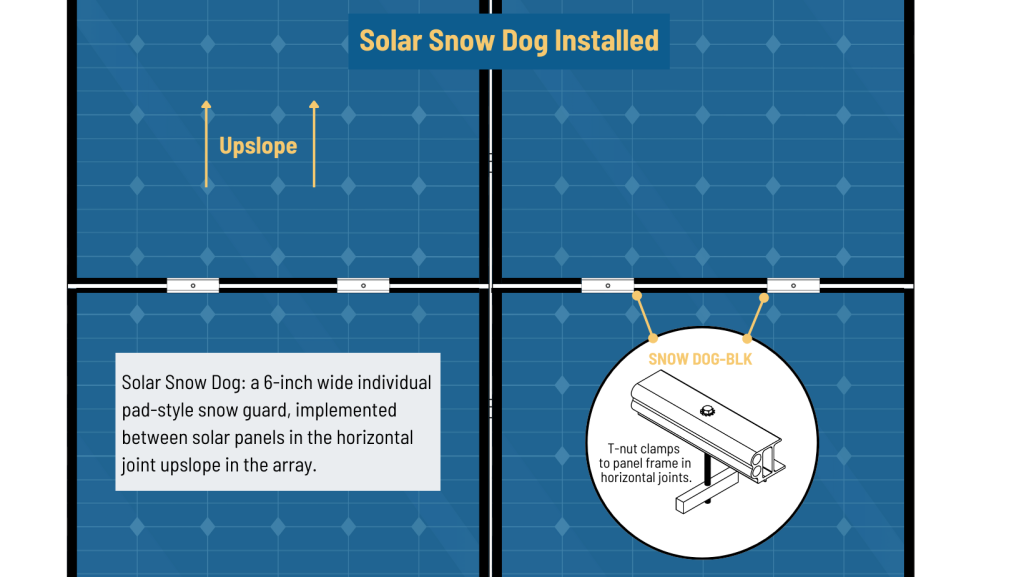 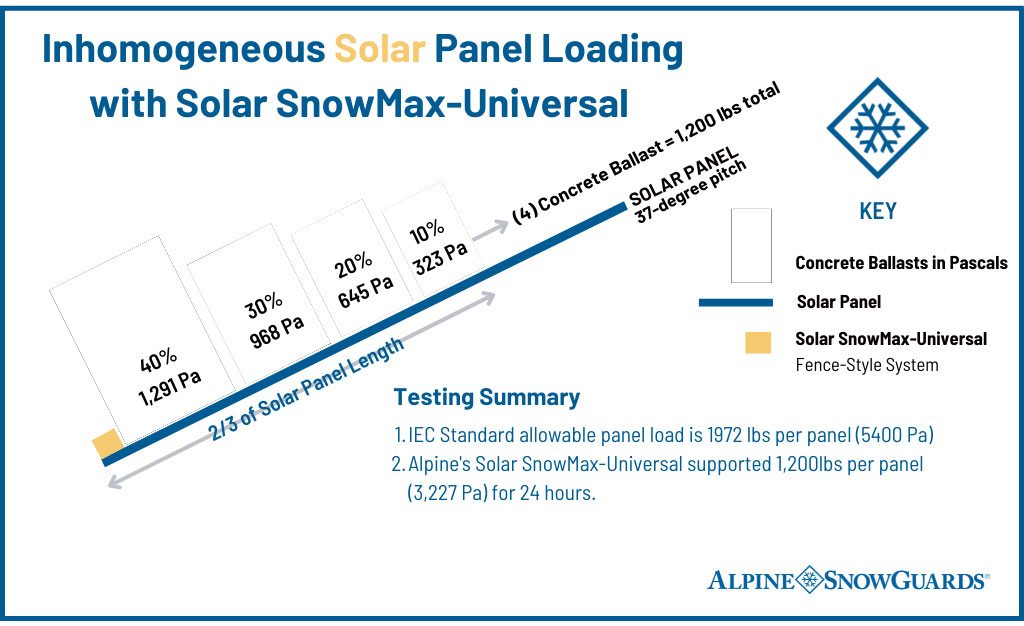