We’ve all heard the saying….the world is flat….and some of us have even read the bestselling book (I did – twice!) While the saying is actually a double entendre, both couldn’t ring more true for the global solar industry. On one hand, the saying suggests that the world is a level playing field when it comes to industry and commerce, and all competitors have equal opportunities in bringing their visions to fruition. The saying also suggests that there’s a need for all people, companies, and even countries to remain competitive in the global marketplace, since factors like geography and history are no longer as relevant in the divisional sense as they once were. 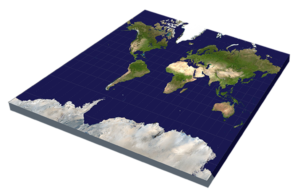 In my opinion, both meanings couldn’t be more spot-on, now more than ever before, and especially for the solar industry. The gap is being bridged in terms of technology, talent, logistics, and speed to market….So, what were the top 5 countries of installed PV capacity at the close of Q4?  Let’s take a look.  Keep in mind that the U.S. was the leader of installed PV up until 1996, when Japan took over the lead. Here’s where things stand today:

#1 – Germany (I’m telling you what you already know here) 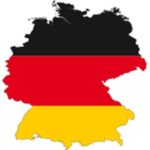 With 38,200 MW, Germany currently holds just over one quarter of the world’s installed capacity. However, the solar super power saw a continued decline in installed capacity in 2014, when they added 1,926 MW, so we’ll see how 2015 unfolds. 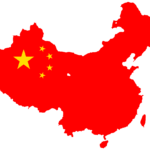 China is weaning itself from its dependence on coal, natural gas, and oil, and in the meantime they’re leaving everyone (except Germany) in the dust. At 28,199 MW of installed capacity, China has quickly moved up the ranks, and their breakneck pace is making headlines by installing more solar capacity in 2014 than the U.S. ever has.  Yes….EVER. Holy schnikes. Growing its capacity by 6000% in the past 5 years alone, China also manufactures more modules than any other country (not a shock to anyone, I’m sure). 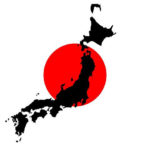 23,300 installed MW of PV capacity is nothing to scoff at, especially for a country who faced such recent devastation. In 2014, installs in Japan soared to an all-time high, and forecasters are betting on an at least 4% increase over the course of 2015. 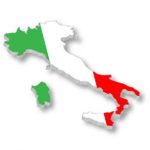 The Italians generate more of their energy from solar power than any other country, with almost 8% from solar and a total of almost 19,000 MW. Like Germany, overall installations continued to decline in 2014

The U.S. saw 30% more capacity installed year over year 2013/2014! Happy to be in the top 5 with 18,300 MW installed, the U.S. is close to reaching a milestone of 1,000,000 installs, according to a SEIA and GTM research report. Most of the 2014 installations were utility scale, with both large and small installations on the up-tick. As Elisa Wood, Renewable Energy World Contributing Editor puts it, solar in the U.S. is, “still growing, but no longer energy’s young kid”.

Falling on the scale at 6,000 MW or less of installed PV capacity, the number 6-10 ranking countries are, in order: France, Spain, the UK, Australia, and Belgium.

Advances in technology, decrease in nearly all associated costs, policy stabilization, incentives, net metering, rate structures, anti-dumping tariffs, and a vast array (no pun intended) of contributing factors will continue to play out and we’ll see where we’re at nationally, and globally, in the years to come. It’s sure to be an awesome adventure, and a thrill to watch it unfold from this side of the globe, and from this side of the country….

Follow us and feel free to share & tag us in your installation images. And don’t forget to sign up to receive our monthly eNewsletter for the latest industry and EcoFasten news, updates and more!