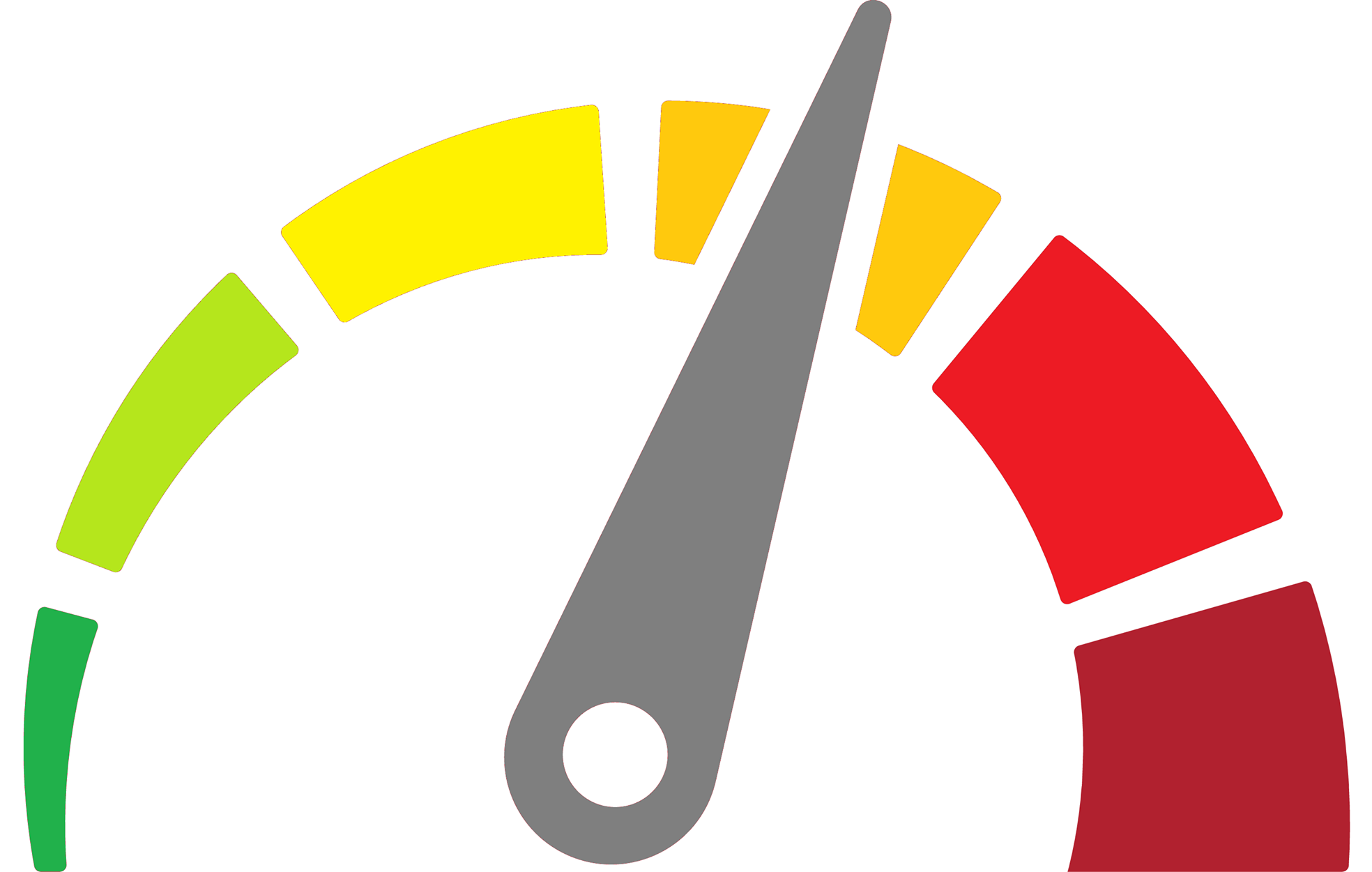 The layout of snow guards has always been a highly-debated topic – one that’s continually being studied. An American Society for Testing and Materials (ASTM) committee has been formed to develop a testing standard to determine what a snow guard is and what it does physically. This means that when tested for shear and pullout loads, what will a given snow guard device resist?

Why is this such a highly-debated topic? Because the industry is struggling to come up with testing that’s relative to function. One study, conducted by the Army Corps of Engineers’ Cold Regions Research Facility in NH, looked primarily at the effects of snow and ice on metal roofs. For those of you who are interested, this is a great bit of research. 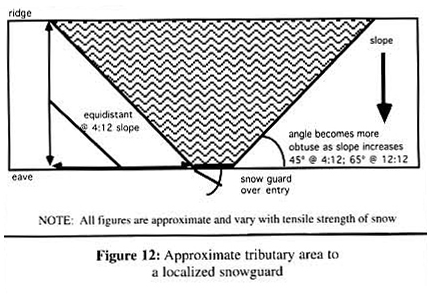 Study Highlights Key Difficulties that Relate to Proper Layout & Use

This study highlights one of the key difficulties the industry struggles with in determining proper testing, which leads to proper layout and use, for snow management devices. Plumbing vents could be tested for shear values (are pullout loads even relevant for a plumbing vent?) How a design professional then applies these values to snow management performance depends on varying factors like roof pitch, snow density, location of the roof vent, etc. The point is that structural testing is only one piece of the equation – the performance of snow guards is more than just a structural equation.

As a roofing contractor in the ‘80’s and ‘90’s, I needed to figure out how many snow guards were required to protect the eave area, typically related to gutters, but often related to points of egress below the eaves. When I asked the people at the local roofing supply store, the response was something like “I’m not sure. I would just use whatever you’re seeing on other local roofs”.

On the surface, this kind of made sense. If the house next door had two rows at the eaves, this is what the owners of the house I was working on used as a point of reference. I guess the approach boiled down to “if it works for them, it ought to work for us”. The problem was (and still is) it didn’t work for them. After one year of installing the typical northern New Jersey two-row pattern at the eaves, I had a mess on my hands. The snow guards broke slate as they bent over backwards and the snow mass slid into, and damaged gutters. I also remember a BBQ grill that was crushed by the snow. 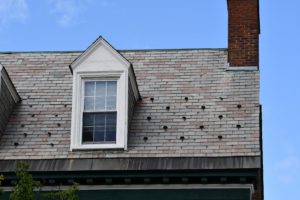 So now what? I went back to the supply store, explained the problem and asked for help. The help came in the form of, “you probably didn’t use enough”. So, I went to the homeowners and explained that it appeared we’d need to add more snow guards. That was fine with them, as long as there were no more than 3 rows and all repairs and added materials were absorbed by me. After all, I should have known better.

Arriving at a Better Solution

On one of these repair projects a competitor was doing the same thing on a house down the street. I stopped and asked them if they had a better solution. The response was, “are you kidding? These older slate roofs are cash cows. These people pay us every year to replace snow guards and fix the gutters. Why would we do anything differently?” That was just plain wrong and didn’t cut it on new installations. It was the homeowners’ expectation that if it worked for the neighbors, it ought to work for them, too.

A lucky break came one day. I was at the supply store and helped the warehouse guy pull the snow guards off the rack. Some of the boxes actually had a label showing a suggested layout.

Backing up a bit, the guy at the counter couldn’t recommend a layout because he had never seen the boxes. Sound familiar? There it was on the box. This layout was used for the next year when project owners allowed for it and paid for it. The good news was that I now had a document to go by. The bad news was that less than 10% of my customers were willing to do it properly.

A year or two after following the multiple-tier approach, a new problem developed. As snow accumulated on the second tier, then melted and slumped, it rolled over the second tier, barreled down the 8 feet of unobstructed roof, hit the bottom tier, bent the guards, broke the slate and damaged the gutters. Yes, this was a winter with high snow accumulation, and no, the problem wasn’t solved.

This is where Alpine SnowGuards really makes a difference; experience from real-world performance testing and observation.

The below Alpine-recommended pad-style layout is based on structural testing of our pad-style snow guards combined with my nearly 40 years of experience in roofing.

These pad-style snow guards work great when installed properly, using the recommended quantities. The same can be said of wire loop snow guards. If the project owner is looking for a roof ornament and is willing to pay to fix damages caused by improper application and distribution, we can give you the names of several companies who are willing to take your money. We aren’t one of them. Our aim is, and has always been, to solve the problem – not participate in the continuation of the problem.

Next time, we’ll take a look at the importance of snow guard layout for pipe-style systems.

Alpine SnowGuards designs, engineers, and manufactures snow management systems from our facilities in Morrisville, VT. We work closely with leading roofing contractors, engineering firms, developers, solar installers and roofing manufacturers to ensure we deliver quality products that do what we say they’ll do. Alpine SnowGuards can help a building qualify for LEED® credits.