Up until about 1980, my involvement with the hard roofing industry was primarily with the salvage, sales and distribution of “used roofing slate”. For those of you who are interested, you can read more about our history on the About Us page on the Alpine SnowGuards website.

In the early 1980’s, my salvaged slate customers started calling to see if I’d be interested in installing the slate. The truth is, the thought had never occurred to me. I was happily finding and recovering slate, primarily from old farms and old houses in the Lake Champlain Valley region of VT and NY, and the realization that there was a need for slate installers just escaped me.

Initially I agreed to do some repair projects. As I subcontracted repair jobs from established roofing companies, some of them began to share with me that they had very few people on staff anymore that knew much about slate installation. They suggested I put my knowledge to work, into the more lucrative profession of installing new and salvaged slate roofs. And that’s how my slate roofing “practice” began. And to be clear, a “practice” is exactly what it was. That improved with experience.

Tying my salvaging roots together with the beginning of my installation practice in a roundabout way brings us back to snow guards. As I mentioned, my salvage region was a rural, primarily farm region in upstate VT and NY. Much of the slate that I recovered was piled on the ground, having long since been removed from a fallen or failing structure; mostly barns. 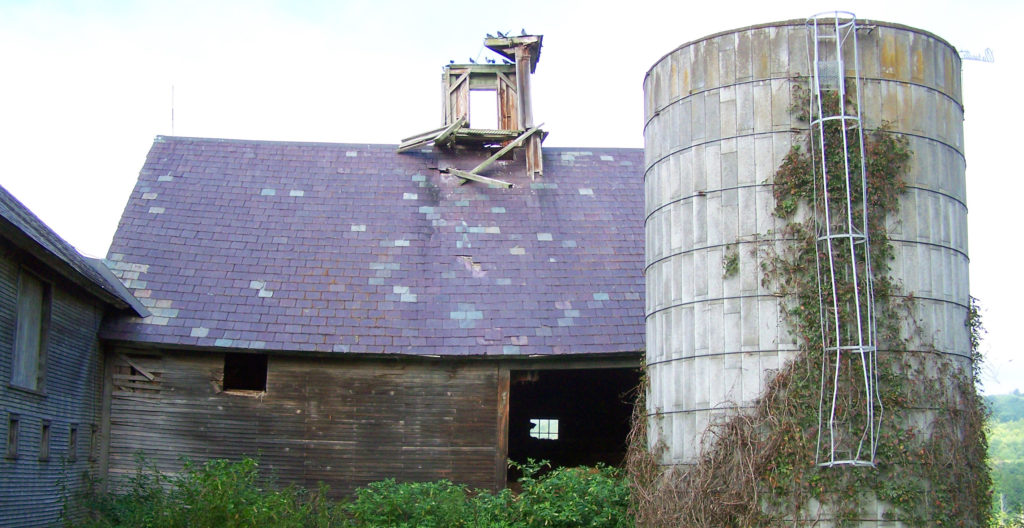 As I transitioned to salvaging slate from existing structures for various reasons (building deterioration, building salvage, reroofing, etc.), I don’t ever recall removing snow guards from these “out buildings”. The only recollection I have of finding snow guards on a salvage project was once on a church and once a house. In both cases the buildings were being torn down.

Think about that. Out buildings built during the turn of the century didn’t have snow guards (at least not where I was working). Buildings where people gathered did have snow guards. Why???? It’s my opinion that the builders, roofers, property owners and general public of the early 1900’s understood the need for snow management, the limitations of snow management and most importantly, they understood the difference. They knew sliding snow and ice was a problem that needed to be addressed. They also knew that there were no miracle solutions for managing a mass that is sometimes a liquid and sometimes a solid.

Back to the two buildings mentioned above. The church roof had wire loop guards installed over the entire roof surface between every piece of slate to within 10’ of the peak of the building (this will become relevant later as we discuss proper layout). I remember this project well because it was incredibly difficult to salvage the slate while working around what was, essentially, a wire mesh covering the entire roof surface. 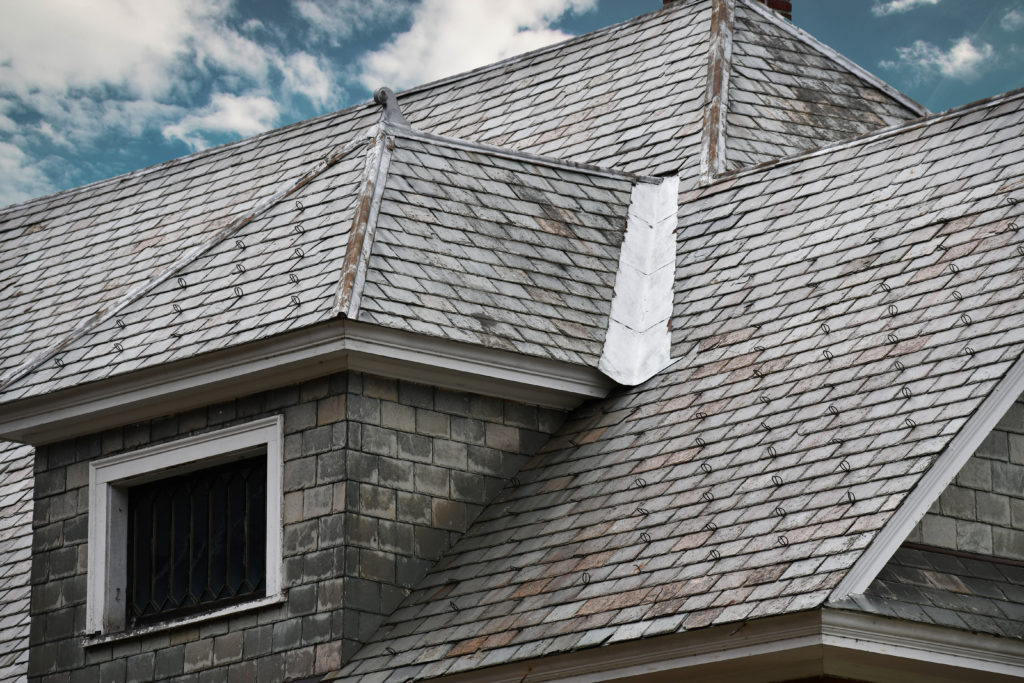 The house had two rows of what looked like a stamped sheet metal butterfly design. I remember this project well because the slate had been installed using steel nails. The snow guards, however, were copper and were hooked onto the nails that were holding each piece of slate on the roof. I recognized that the snow guards had most likely been retrofit into the roof at some point after the original slate installation. Most importantly, I recognized that these larger, stamped copper snow guards had been bent backwards, had broken slate and were anything but functional. This was the extent of my snow guard experience/exposure during my salvage years. 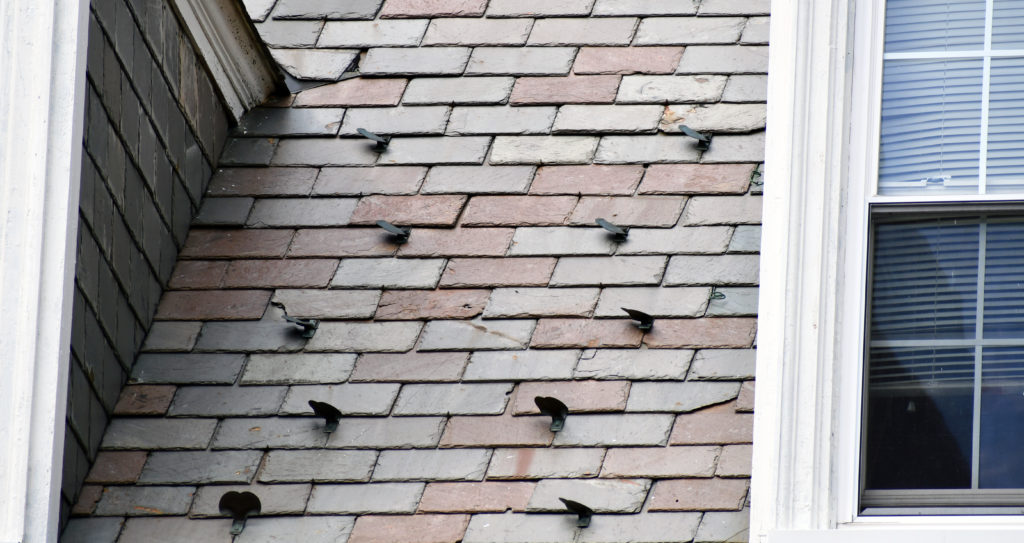 The first few slate projects I installed involved home additions in Vermont. The owners wanted to match the roof on the existing structure, but money was tight, so the plan was to save the owner money wherever possible. This was the era of galvanized roofing nails and painted aluminum flashing (in retrospect, this may have cost the owners as little as $100 in the short-term, but certainly cost them much more than that in repairs later on). For these projects, snow guards weren’t even a consideration during the construction phase. Any suggestion of added cost was nixed as an “unnecessary expense”. As a side note, on some of these smaller projects, snow guards were later added above points of egress and at a much larger expense than they would have been when the roof was first installed.

Typical high-end residential construction in the early 80’s involved a little slate and a lot of copper. After all, if you’re going to spend a lot of money on a house, you want to be damn sure your neighbors see that copper and recognize there’s a little bit of slate clinging to it! Even if the roof wasn’t cut up enough to show off the valleys and chimney flashing, the copper glow effect could always be achieved by installing copper gutters….and therein lies a big push for the redeployment, resurrection, renaissance and re-creation of pad-style snow guards of the early 1900’s.

But, why pad-style?? This is an important question that’s often misunderstood. Next time we’ll talk about that “why”, and how history repeats itself.