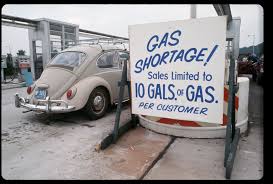 First, it’s important to acknowledge, thank and share appreciation for the Vietnam war veterans. The social setting in the US was turned upside down, with young men (children of WWII era veterans – Baby Boomers), leaving home as their fathers had done, to fight a war that they didn’t really understand. Sex, drugs and rock & roll seemed to be the focus of teens and college-aged kids. Race wars were raging across the country and Richard Nixon claimed he wasn’t a crook. 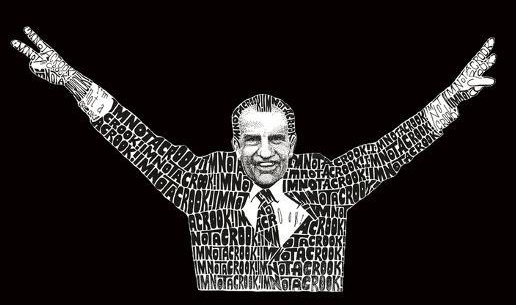 “The times they were a changin’”

As for me, I was just entering my teens. I was an enterprising young soul who wanted to play soccer and needed the latest and greatest Adidas soccer shoes. I grew up in the time period where my parents, like so many others, had the common sense to assure me that I could have anything I wanted as long as I was willing to work for it. So, my summer work schedule included mowing lawns and raking leaves around the neighborhood.

Things were going great when gas was 37¢ a gallon. Until October of 1973 when the OPEC nations imposed an oil embargo as a political move against the US. Oil and gas prices shot up within months to 55¢ a gallon for regular gasoline. And then almost doubled within a couple of months. Mowing lawns for $2.00 a pop, paying for gas, a Pepsi and a Milky Way left very little savings to put towards those soccer shoes.

This may sound silly, but from the perspective of a 13-year-old who was experiencing First World problems, I knew this was a real problem for the roofing industry. It was now an industry driven by petroleum. Asphalt shingles were the steep-slope roofing materials of choice. Hot tar or built-up roofing was the most common application for commercial flat roofing projects (remember the burning tar smell back in the 70’s as roofing crews melted tar and pumped the liquefied goop to the roof?)

Petroleum prices doubling pinched me a little as a kid, and it was a huge blow to the roofing industry. Can you imagine a situation where, seemingly overnight, material prices doubled? Alternatives were needed. Fast. 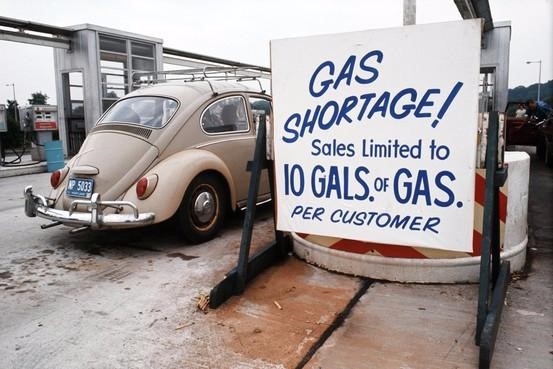 Suddenly age old “hard roofing” materials we’re becoming competitive with some of the petroleum-based products (depending on the “voodoo math” applied). I remember seeing a study conducted by a slate quarry from the late ‘70s that clearly showed slate being more cost-effective than composition shingles when considering “Life Cycle Benefits” (for the record, the study left out annual maintenance costs, ever-rising material costs and skilled labor costs, which were almost non-existent in the ‘70’s).

When I was first introduced to slate roofing in the late 70’s, I had the amazing opportunity of seeing how slate roofs were installed at the turn of the century. I saw synthetic slate shingles go from cement compounds mixed with asbestos, to cement compounds mixed with wood fiber. Oh, and how about concrete tile soaked in a siliconized paint (that came off, allowing the concrete to absorb water and freeze)? Not to mention some of the composition shingle failures that evolved as manufacturers mixed compounds to reduce the petroleum content. When these products failed, the roof leaked, then it was removed, and eventually replaced.

If you’ve been doing this as long as I have, you recognize a good idea. You also recognize a push to launch a roofing product just to be first to market. Does anyone remember the first attempts at membrane roofing? They missed a little bit on thermal movement, ballast, sealing penetration, how to repair, etc.

So, the early ‘70’s oil crisis sets the roofing industry on a new path. All of a sudden slate, tile and metal alternatives become more competitive. I’m reluctant to say that these alternatives became cost effective due to the hidden cost described above. But suddenly a roofing material renaissance period begins where alternative and traditional materials begin to have a place and are given consideration that they hadn’t been given for the previous 30 years. On the surface this sounds like a good thing and for the most part it was. However, there were many alternative products promoted and used during this era that would prove to be disastrous.

Just for fun, let’s take a look at some of the alternatives that evolved as a result of the oil crisis. Two of the first that come to mind are Supradur and SuperSlate. This product actually started life as a pretty sturdy cement-based fibrous shingle. It was something of a modern variation of asbestos shingles. Therein lied the problem – when the use of asbestos fiber was outlawed as a construction component, the formulation of the shingle had to change. This led to some significant failures and, ultimately, the end of the product’s consumption (at least in the US). 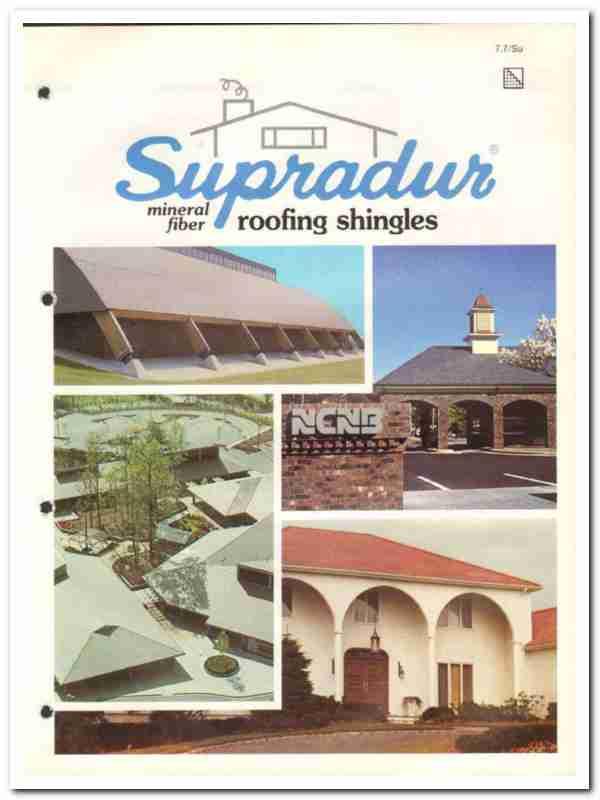 A product similar to Supradur was known as Eternit. The Eternit product had an interesting coating on the surface that made it very slick. Talk about a need for snow guards! I’m guessing that this product, like Supradur, started life with asbestos fiber and probably wasn’t a bad composite. However, something changed in the formulation and the shingles didn’t perform very well. 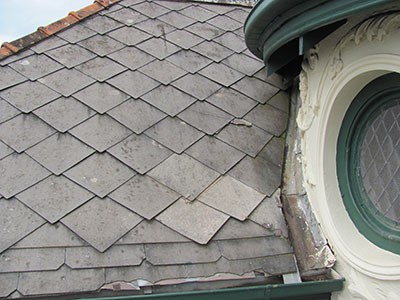 One of my favorites was the “economy method” of installing slate. Many of you know that slate is installed with a 3” head lap. This means that the length, say 18”, -3” head lap/2= exposure. For 18” long slate this translates to 7.5”. Using the economy method, 12” long slate was being installed with a 9-10” exposure. How? In between each course of slate, a strip of aluminum was laced in to provide a water shedding metal roof. The slate was simply a facade to hide the metal. This may have worked better if aluminum fasteners had been used and aluminum strips had not been laid into copper valleys. The concept wasn’t terrible but the execution was.

The operative word here is cheaper. It was cheaper, and the buyer got what they paid for. If you think that was bad though, as asphalt prices stabilized, the cheapest way to accomplish this feat was to substitute asphalt paper (felt) between the courses of slate. Now the slate was simply a facade for felt paper. Yes, this lasted for about 10-12 years, wasn’t repairable and was among the worse slate roofing related ideas I’ve ever seen. That said, this same technique is being used today by substituting EPDM strips for the felt paper. Yes, it weighs less. Yes, it saves slate. And yes, it installs faster. But no, it’s not a slate roof that will last 100 years. You can put lipstick on a pig, but it’s still a pig. 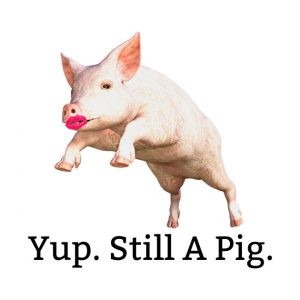 I’m sure the list goes on and on (flat roofing was never really my thing but there were some horrific failures of products and manufacturers in the early days of synthetic membranes. Such is sometimes the case with new technologies).

What all of these new and old “hard roofing” products shared in common was a need for snow retention devices to prevent the sudden release of a dangerous mass of material. So, the oil crisis created not just a renaissance for “hard roofing”, it also created a renaissance for snow retention devices. Keep in mind that “renaissance” is defined as a renewed interest in something. This is where it all circles back and history repeats itself. There is a new interest in a product that solved a problem in previous years, but very few, if any, modern craftsmen of the 70’s had any idea what to use, how to use it, what they were intended to do or how they really worked.