This past weekend I was scrolling through Facebook during the Green Bay/Seahawks and Patriots (woohoo!) / Colts commercials, and while glancing at what some of my friends were up to, I noticed that a bunch of people were commenting on one friend in particular’s post about the recent installation of a solar array on his home.  I felt the need to run interference. 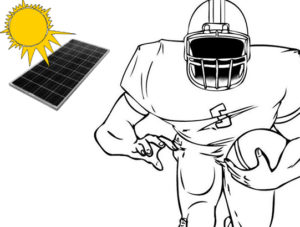 The “poster” was saying how excited he was that he and his wife would soon start reaping the benefits of solar power, and how great it is to live in a state that not only supports solar, but also that made the shift to net metering in 2014, all while employing the most solar workers per capita over any other state. 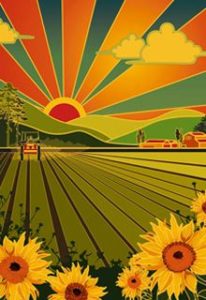 The comments started rolling in.  Those in favor were genuinely happy for them, clearly understood the technology, and some had recently gone solar themselves.  And then there were those (as there always are) that seemed like they wanted nothing more than to rain on his solar parade, and throw out comments that were not only not relevant, but were also just plain not true.  I had to bite my tongue while reading some of the 60+ comments, but I was happy to debunk some myths before they could be perpetuated. 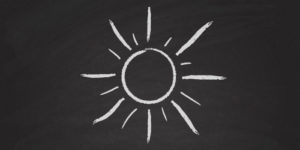 I picked out 5 of the comments, below. Looks like there is still room for improvement in terms of educating the masses, which, in this day and age is a little disheartening. 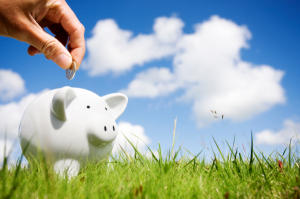 Quite the contrary.  With the cost of installing and manufacturing solar power systems decreasing dramatically over the past several years, nothing could be further from the truth.  Years ago, a solar system could cost as much as a car.  These days, not so much.  From an ROI perspective, it blows other options completely out of the water.  Some other things to take into consideration:  The average cost of electricity in the U.S. on a month-to-month basis is actually rising.  Not to mention that there are so many leasing options available these days, many companies even offer no up-front costs, as well as federal, state, and even localized government subsidies available that can help homeowners make the switch to solar.  There are also available tax breaks – you just need to do your research.

Comment / Myth #2: “So my hippie friend got solar panels.  Shocking :)” (You just can’t make this stuff up) 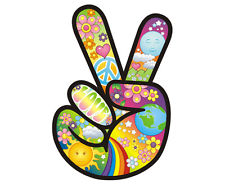 Really??  I will admit I laughed at this perception – I am sure this guy was not the only one to think this way.  OK, so you want to save money, while at the same time contributing to making the world a cleaner place to live, and that makes you a hippie?  There was a report I recall reading a few years back showing that over 75% of all Americans would like to see more emphasis on solar energy production.  For many, it’s not a case of being a hippie that makes them want to invest in solar, it’s a case of wanting to be independent.  A certain (hysterical) video from Sunrun comes to mind….you may recall it.

Comment / Myth #3: “Are you serious? Solar is exactly why my electricity bill has gone up!” 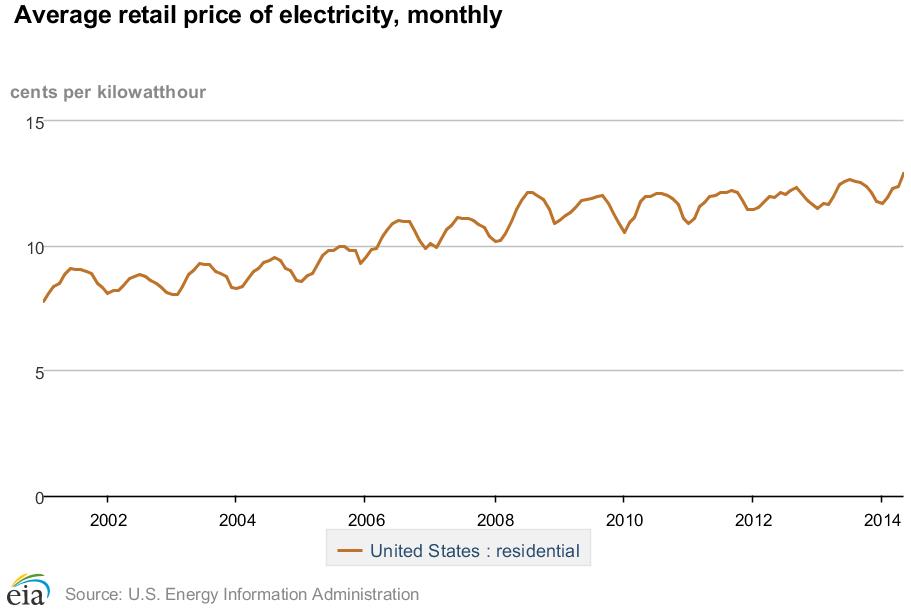 Let’s break this down a little.  The largest part of your electricity bill is actually not the electricity you’re using at all – it’s the networking costs (upgrades to infrastructures, think wires, poles, and the need for new equipment).  You also have to look at what is known as “peak demand” – those times throughout the year when the highest demand for energy is present.  Those are the times that put the most stress on the system, and it also plays a contributing role in driving up costs.

Comment / Myth #4: “Hope you have plenty of batteries. You’ll be needing that flashlight at night, my friend!” 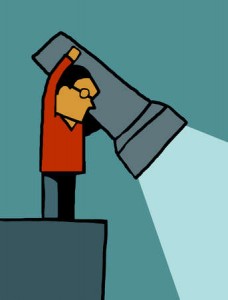 Oh dear.  This comment received more than a few comments that began with “smh” (shaking my head).  I thought to myself, “are there really people who think that at night you miraculously lose power?”  Why yes, it turns out, yes there are.  Let’s just get this straight: Solar panels harness the energy they gather from the sun during the day, to be distributed whenever it’s needed (even at night).

And last but not least….

Comment / Myth #5: “You sure Vermont‘s warm enough for that?” 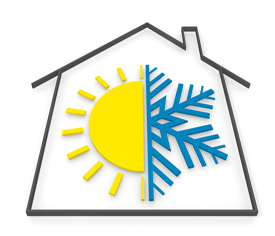 This one received the most comments (thankfully all but this one person knew the Vermont temperatures have nothing to do with solar panel production or output).  Solar panels generate power based on the amount of sunlight they’re exposed to, so outside temperature is a moot point. As much electricity can be generated on a cold, sunny winter day, as any day in the summer.

A good chuckle for sure on a lazy Sunday, and I’m glad I had the chance to weigh in on some of these comments and shed some much needed light on the subject.  If everyone knew all of this information already, the industry would be that much stronger. That’s why it’s so important for all of us in the solar community to run interference for solar, and debunk those myths any chance we get.