At Alpine SnowGuards and EcoFasten Solar, we know that managing snow on a solar array can be tricky business. In North America, over 75% of the roofs installed on residential construction projects are asphaltic composition shingles. If you live in or own a building with this type of roofing, and live in an area that receives snow and ice, you’ve probably never experienced a significant roof avalanche. The reason for this is that the granules on the shingles act as friction. Snow and ice cling to the granules, while melted snow and ice (in the form of running water) work their way out from underneath through the pull of gravity. 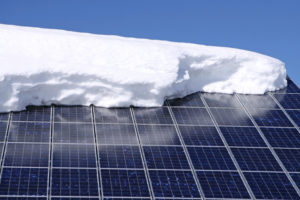 But if your roof surface is hard and smooth, like say, a solar array (glass), the melting run-off acts as a lubricant between the panel surface and the accumulated snow above. As this happens, the panel surface becomes frictionless (no granules), and the incredibly heavy snow mass will eventually release and come barreling off like an avalanche. When that happens, gutters are sometimes ripped right off, shrubs are flattened and destroyed, and cars and other items in yards and driveways can be seriously damaged. These avalanches can also damage expensive landscaping, parked vehicles, BBQ grills, plumbing vents, and more – but even worse, they can be a danger to people and animals in the surrounding areas. 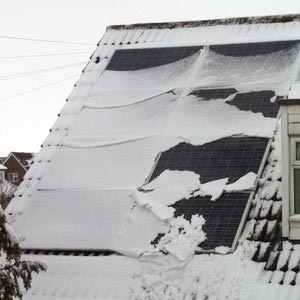 As Vermonter’s, we’ve seen more than our fair share of injuries and property damage caused by snow sliding off roofs, and as a company with deep roots in the roofing industry, we have a natural interest in mitigating that experience.

So….what do you do about it? In a nutshell, you have a solar snow management system installed.

Alpine SnowGuards manufactures 3 systems, and many of our EcoFasten Solar customers use them on their solar installs.

Chances are, you probably already know about Solar SnowMax , the industry standard snow management system for PV arrays (if not, check out this post). 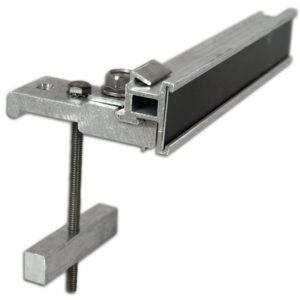 You also have other options, like Solar SnowMax–R2 or Solar Snow Pad, allowing you to use the system(s) that best matches your needs. 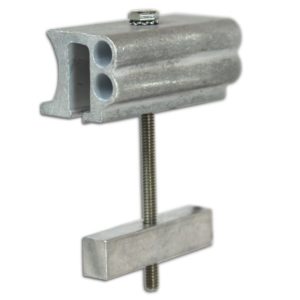 Solar Snow Pad  (SSP) is a 3” long block with a T-nut that installs in the horizontal joints between panels. 2 Pads Per panel are generally required. Because the SSP system mounts in horizontal joints, it can’t be used on the eaves of a PV array, which will allow the snow on the eave row of panels to drop off the roof, while preventing snow from avalanching off the remainder of the array. 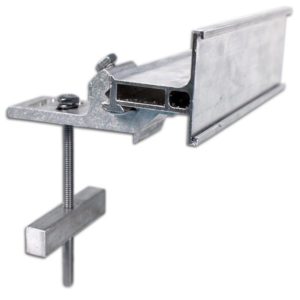 Our Solar SnowMax–R2 is a rugged solution that you can count on. The R2 was developed specifically for those projects that either require or prefer a higher fence system on the eaves. Solar SnowMax–R2 is the largest fence-style snow management option, employing the taller bar system that has been used on standing seam metal roofs in the conventional snow guard market for decades. Like Solar SnowMax – Standard, the R2 sports a groove along the front to allow a black color insert strip. Since the R2 is only recommended for use on the eaves, either Solar Snow Pad or Solar SnowMax–Standard can be used up-slope if additional tiers of snow management are required.

The options can be used in combination with each other, or alone, depending on factors like the project, installer/customer preference, and rail type (conventional, shared, rail-free, etc…)

We actually just received this GREAT installation image of the R2 from NRG Home Solar in Long Island (thanks guys!)

So, keep an eye on your solar array. Watch how snow and ice melts and falls from it, and be mindful of paths, sidewalks, your driveway, your shrubs, and most importantly, your family, friends, and pets.

EcoFasten Solar® and Alpine SnowGuards® specialize in the design, engineer and manufacture of watertight solar roof mounts and components, as well as snow management systems from our facilities in Morrisville, VT. We work closely with leading roofing contractors, engineering firms, solar developers, installers, racking system providers and roofing manufacturers to ensure we deliver quality products that do what we say they’ll do. All of our products are made with the installer and roofing contractor in mind.