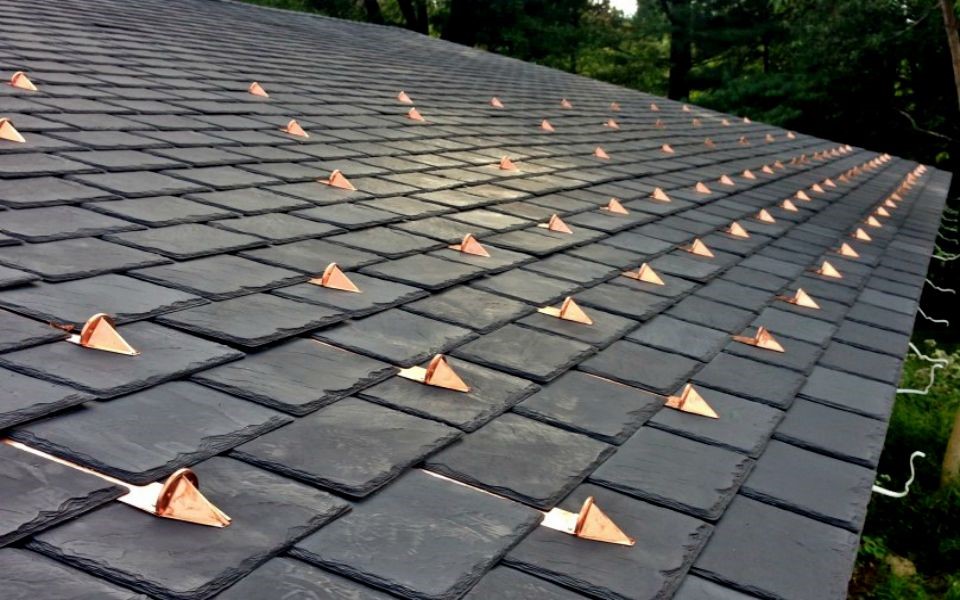 Over the years there have been a variety of attempts to make synthetic roof shingles replicate slate shingles. Slate seemed to be the low hanging fruit for synthetics to mimic due to its cost. In my era, slate cost about $1000.00 / square installed. Compare this to composition shingles, that only cost about $125.00/ square at the time; it made sense to try to make a more cost-effective composition shingle. Designing something that could look like slate, install like composition shingles, last somewhere in the middle, and that would be cost efficient; you have a sweet spot.

Late in the ‘90’s and early into the 2000’s attempts at development were made with plastics; initially having UV issues. Other manufacturers tried rubber which curled or flapped around on the roof. Some manufacturers evolved to products that physically performed well, but had serious color fading issues. Majority of these companies never completed the developmental phase before going under. However, a couple of these firms pressed on. 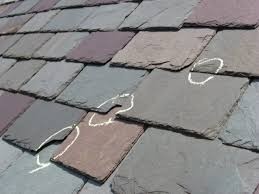 By 2012, formulations, colors, installation techniques, and reasonable price points had given the survivors a foothold in an emerging market. Toss in the mix a 50-year warranty, minimal annual maintenance, (which can be very costly with natural slate) and tremendous hail resistant qualities; now you have an emerging market receiving the attention of roofers, developers, and high-end property owners.

As the market began to grow, sales volumes increased, and the cost of manufacturing decreased. Simultaneously, the cost of cedar shingles increased. Setting the stage for synthetic shingle manufacturers to begin to compete with the Cedar Shake manufacturers in the market. They did, and to their credit, quite successfully. This is where the tie back to snow guards becomes interesting.

Most people who live in “snow country” know of slate roofs and are aware that most of these roofs have snow retention devices installed. Snow guards are often thought of as slate roof ornaments; those cute little butter fly looking things, or those things that break up the snow and ice so it doesn’t come off as one big chunk. I have heard them called broken slate catchers, snow dogs, or even, “those things used to train ivy to grow up the roof”…really? In other words, people who are familiar with slate roofs, or are considering a synthetic slate roof, understand that snow retention devices are a common element necessary to protect against a sudden roof avalanche. However, property owners with cedar shingle and cedar shake roofs are not familiar with the sudden avalanche phenomenon. 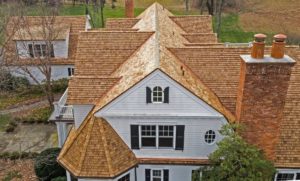 Cedar shingles absorb water and swell. As they swell, they seal around and against themselves to create a watertight envelope. This is exactly how old wooden hot tubs worked. They needed to be kept with water in them or they would dry out and leak. In the case of the cedar shingle roof, melt water under a snow mass, is absorbed and shed through the cedar with all of its natural textured surface. Snow tends to “melt into” a cedar shingle (or composition shingle roof) and the water sheds under the mass instead of functioning as a lubricant on a hard plastic, metal, or synthetic surface. 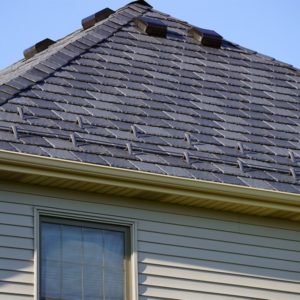 Snow guards were not discussed early on. However, within a year or two of production, the need for snow retention became obvious, but so did the cost. For an additional year, most parties in the loop buried their heads in the sand. This added cost could be the tipping point between a synthetic slate with snow guards or a reroof with natural cedar. 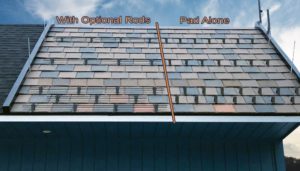 So here we sit in 2021: synthetic shingles have established themselves as a viable roofing alternative. A kudos is in order to the primary firms of the late 1990’s and early 2000’s for having the courage to stick with it and develop these fine products. As a former slate roofing contractor and author of “The Slate Book”, you have my utmost respect. 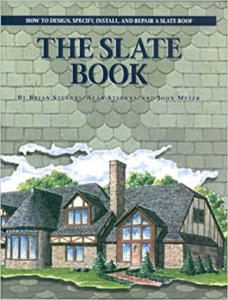