Last week I found myself looking through the archives of Slate Roof Quarterly, the print newsletter that was in circulation between 1999 and 2006. Written by Alpine’s President & founder, Brian Stearns, who began his career as a slate roofing contractor.

In Volume 6.4, in the Spring of 2005, Brian dug into the quality control aspect of slate roofing. Take a look at this abridged version – the information Brian imparts is information you won’t find anywhere else….

In the very first edition of The Slate Roof Quarterly, I wrote an article about a phenomenon that I referred to as “shedding”. As some of you may recall, “shedding” is the name that I coined to describe the seemingly large volume of broken slate shingles that appear within the first two years of a new slate roof installation. Since the writing of that article I have had the opportunity to talk with hundreds of roofers, architects, homeowners, builders, etc., about slate roofing issues and concerns. Among those issues and concerns, clearly the biggest is that of the quality of installation or quality control. For years, poor quality of installation has been blamed for this shedding issue. Not surprisingly, installers have pushed this issue to suppliers, claiming the issue lies with the quality of the material not the installation. So around and around we go. 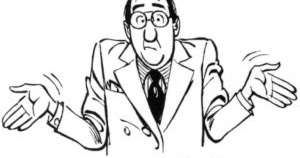 I have met several “Old Timers” who seem to think that this “shedding phenomenon” is more prevalent today than it was back during the early 1900’s. I have overlooked these commentaries and sort of mentally filed them in that file titled “Back When I Was Your Age.” 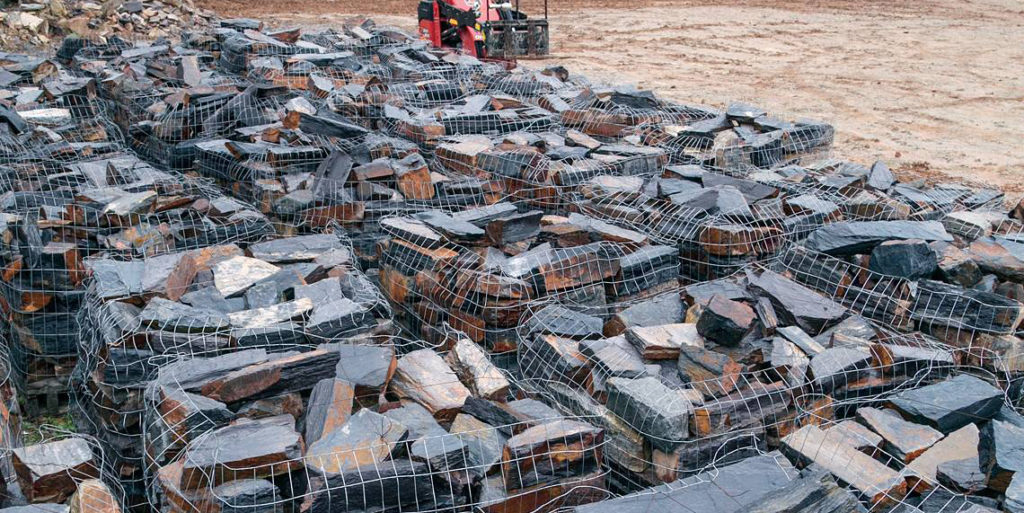 I began to think back to my roots in the slate roofing industry. I got started in the business as a teenager taking off and then reselling used roofing slate. At that time in rural Vermont and Upstate New York farms had piles of the stuff just waiting for someone to realize the recycling opportunity. I was the labor. You know, the necessary low-man-on the-totem-pole with the “strong back and the weak mind.” So, the deal was that we would purchase this used slate, then I would pick it up, usually from some location in some rural barnyard. I would then load it into the back of a pickup truck – handful by handful – return to home base, unload it – handful by handful – stack it on edge in piles on the ground – handful by handful, and wait to sell it. Once sold, I / we would sort for quality, load it back into a pickup truck – handful by handful – drive to some city here in the North East, and unload it – handful by handful! From time to time the people I was working with would provide instruction that I thought was pretty obvious. Here is a classic “Brian, when you pick up this load of material don’t bother to bring back any of the broken pieces”. Folks, I was admittedly a little “green” but I wasn’t about to waste my efforts picking up pieces of rock in a barnyard and loading them into my pickup just to unload them and stack them again.

Well my back is no longer as strong as it used to be had but as a benefit, I would like to think that my mind is now compensating. It finally dawned on me that the slate shingle material handling process has changed significantly since the slate roofing “hay day” of the early 1900s. We were approaching slate handling the same way the quarries had done it 60-70 years before us.

Just like my being told not to bother bringing back broken pieces from my salvaged recovery missions, the guys responsible for getting the slate to the roofer didn’t need to be told not to send up any broken pieces. Now, after a minimum of six times handling, sorting, and culling, the roofer finally lays his hands on the slate for the first time. He picks up a piece and checks it with his hammer to see if it rings (the final and most critical step in quality control). If he determines that it’s good, he then installs it. This entire process is almost identical to that of my early days in the industry. We weren’t even loading the slate from the yard onto pallets in the back of the truck so that they could be unloaded with a forklift by the purchaser. Nearly every time I would arrive with a delivery of used / salvaged material the people at the other end would say something like “You’re kidding me right! You don’t think we’re going to unload this by hand!” But they almost always helped. 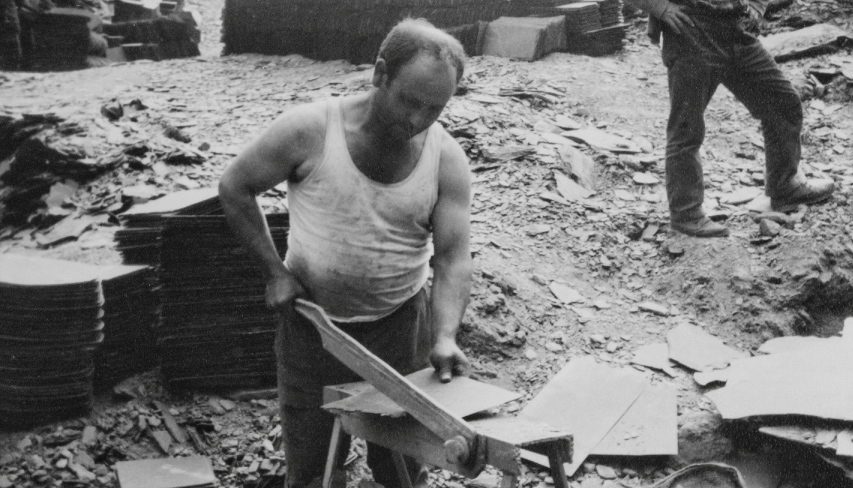 Today the process is altogether different. From the time that the shingle is punched it is placed on a pallet at the mill (I’m not even going to elaborate on the fact that many quarries have begun to process their materials on automated mills where people aren’t touching the slate from the time that it is split). Once the slate is placed on a pallet (first sorting or quality control) it is banded together tightly using steel bands. It is then stored on the pallet until an order is placed. When needed, the pallet is then placed on a truck for shipment to a job-site. At the job-site it is unloaded with a forklift and stored until needed on the roof. When needed, the pallet is lifted to the roof with a telescoping lift and the roofer cuts the steel bands to gain easy access. He then takes the piece that he needs and installs it. Notice that I left out the part about checking it with his hammer to see if it rings. Most slate roofing contractors today don’t realize how critical this step is. In today’s slate roofing business, the person installing the slate IS the quality control.