With winter storm Astro already dumping almost 17” of fresh snow on some areas of the Upper Midwest and Western Great Lakes, it’s sinking in that winter has officially made its debut.  As a skier and a lover of ice fishing, I look forward to the snow.…even if it means I have to endure the slippery roads, the hauling in of firewood, and the shoveling that goes along with it.

So many of us see at least one big snowstorm every winter, and the winter of 2013/2014 was an unrelenting one, for sure – it was one of the coldest winters in 20 years, with snowfalls that hit an all-time record high.  Erie, PA, for example, got absolutely dumped on with well over 130” of snow; that’s almost 11 feet through the course of the winter – twice that of Anchorage, Alaska!

If you, like many of us, live in an area of the country that sees any amount of accumulated snowfall every winter, you know the drill.  It happens every winter….the shifting, melting snow that avalanches off your roof in one massive tha-wump. These avalanches can damage expensive landscaping, vehicles, BBQ grills, gutters, plumbing vents, and more – or worse, they can harm people and animals that live and play in the surrounding areas. 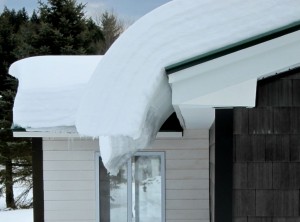 Add to your roof a solar array, and all that snow can pick up in speed and intensity because now, it has accumulated on glass.  The melting snow will actually act as a lubricant between the snow mass and the panel surface, rendering the solar panel frictionless, and resulting in an extremely slick surface that is perfectly primed for that snow mass to come barreling off your roof. 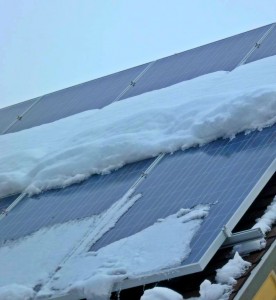 Solar SnowMax is the solution that makes sense.  Manufactured by Alpine SnowGuards®, the Sister Company of EcoFasten Solar®, Solar SnowMax is the strongest snow management system on the market, due to its rugged design and aircraft-grade aluminum fabrication.  It’s ideal for roof-top solar arrays and carports, for both commercial and residential applications, and can be used with either portrait orientation or landscape arrays.  The system clamps directly to the solar panel frame, and accepts an optional black color insert strip to match the roof, or the framework of the array. 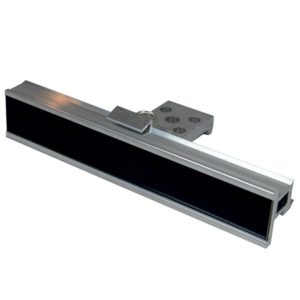 The final design was released 2 years after development began, resulting in a solution engineered specifically to provide a super low-profile (only 1.4” at its tallest point).  Because the majority of panels don’t generate electricity along the edges, the shading effect is next to nothing.  Take a look at our Solar SnowMax Shade Angle Analysis, which was based on factors like roof pitch, geographical latitude, snow load calculations and the overall height of the Solar SnowMax system.

Now is the ideal time to have the system installed, before your area gets hit hard by old man Winter.

Want to see it for yourself?  Request a sample.  If you have questions, email us – that’s what we’re here for!

Take a look at Solar SnowMax on the Alpine SnowGuards website.

With only 40 days left of Autumn, I hope you all enjoy what’s left of it!

Alpine SnowGuards® and EcoFasten Solar® design, engineer and manufacture snow management systems and watertight solar roof mounts and components from our facilities in Morrisville, VT.  We work closely with leading roofing contractors, engineering firms, solar developers, racking system providers and roofing manufacturers to ensure we deliver quality products that do what we say they’ll do.