It never ceases to amaze me that in the span of just one year, 2012 to 2013, solar installations increased by a truly substantial amount – 41% to be precise!  The decreasing cost of solar afforded the number of solar installations the capacity to grow exponentially.  Just imagine what 2014 will lead to in the world of solar power….pretty safe to say it will be another record-breaking year.

At the end of March I shared some amazing facts about solar power, and here, in the second “installment”, are some additional bits of data that are rather remarkable.  I hope you find them as thought-provoking as I do….

Ancient Egyptians were the very first known civilization to use solar energy on a large scale.

They used the power of the sun to heat their homes.  Their homes were engineered, designed and built to store the sun’s heat during the day and release it during the night.  This technique not only allowed their homes to remain warmer at night, it also assisted in regulating a much cooler indoor temperature during otherwise unbearably hot Egyptian days.

In 1921, Albert Einstein earned a Nobel Prize in physics for his theory on photovoltaic effect.

More solar has been installed in the U.S. in the last 18 months than in the 30 years prior.

During 2014, researchers predict nearly 6,000 megawatts of solar PV will come online—representing a 26 percent increase over 2013. 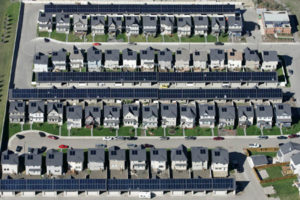 In the US, a new solar project is installed every 4 minutes.

The nearly 13,000 megawatts of solar energy generated on American soil displaces approximately 12.6 million metric tons of carbon annually, which is the equivalent of removing 2.6 million cars from the road.

Vermont has the most solar jobs per capita.

Vermont – The tiny state in New England that just happens to be the state the EcoFasten Solar team lives, works and plays in! 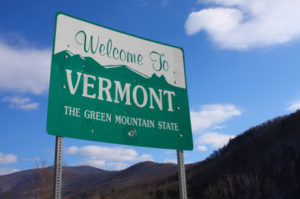 Pretty incredible, right?  There is, of course, the possibility that I am just easily amused, but I highly doubt it.  Data like this is not only astounding, it is also solid confirmation that solar just makes sense….The future of solar power is looking brighter than ever!

If you have interesting, fun or informative facts in regards to solar power, share them here!  It can only enlighten us all.

We manufacture solar roof mount solutions for all roof types, new or retrofit.  Visit us on the web at www.ecofastensolar.com, LinkedIn and Pinterest.

If you have any questions or would like more information about how we can help make your next installation fast, easy and straightforward, please feel free to email us at info@ecofastensolar.com