A ridiculous amount of interesting facts and statistics surround the solar industry, and every time I write one of these posts, I fall more deeply in love with solar power.  What a first-class industry to be in – renewable energy, saving money, saving the planet….yeah, those things are important, and I’m always happy to share facts and statistics when I come across them because, well, they’re not only proof that we’re headed in the right direction, they also speak to what this amazing community is all about – supporting solar! 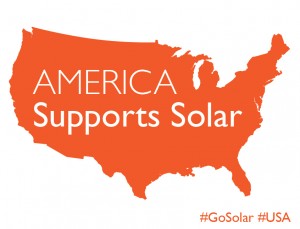 So, sit back, put your feet up if no one will notice, and read on.

According to the U.S. Energy Information Administration, the percentage of installed solar energy grew 418% from 2010-2014, more than quadrupling capacity in only 4 years.

In 2010, U.S. total capacity was 2,326MW, and in February of this year, we saw increased capacity to 12,057MW.  I’m no mathematician, but that’s a ginormous increase!  Imagine if we keep chugging along at this pace?  The future of solar is looking brighter than ever. 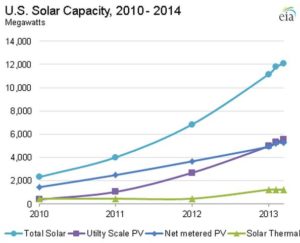 PV solar energy is the only form of electricity that doesn’t require any moving parts.

It is also non-polluting, extremely reliable, doesn’t make any noise and has no emissions.  You really can’t go wrong here. 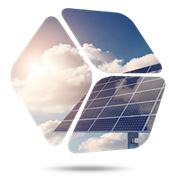 Visible from Earth, there are 4 sets of solar arrays located on the International Space Station.

The arrays are 240 feet long and can produce up to 120KW, which is enough to power more than 40 homes. Check out NASA’s live feed (Disclaimer from the site, which sounds a bit like the tail end of a car commercial when you read it out loud: This video is only available when the space station is in contact with the ground. During “loss of signal” periods, viewers will see a blue screen. Since the station orbits the Earth once every 90 minutes, it experiences a sunrise or a sunset about every 45 minutes. When the station is in darkness, external camera video may appear black, but can sometimes provide spectacular views of lightning or city lights below.) 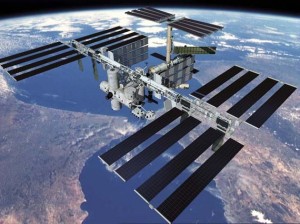 The history of solar power dates back to B.C., and while not widely used until the 21st century, Leonardo Da Vinci actually thought of using solar energy to heat water for industrial use way back in the 15th century.

It takes less than 9 minutes for the sun to reach the earth, even though we’re 90 million miles away.

If we could travel that fast, we could circle the Earth 7 1/2 times in one second, but that would be impossible, since the speed of light can only be achieved by things that do not have mass. I told this to my 8 year old Son last night, ending my sentence with, “isn’t that cool?”….his reply? “No, Mom, it’s a big ball of fire!  It’s HOT!”….Couldn’t help but laugh. 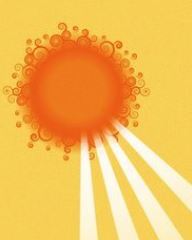 Nellis Air Force base in Nevada saves $83,000 a MONTH thanks to their 14MW solar array.

Officially online in December of 2007, and taking up over 140 acres of space, the system has 70,000 panels and supports more than 12,000 military personnel and civilians.  Just this summer it was announced that there will be another solar plant built at Nellis, with installation to be underway during 2015.

Can’t complain about those savings! 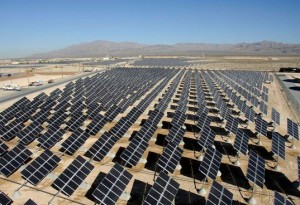 Ancient Greeks built their homes to get the most sunlight during the coldest months of the year.

In the history of our world, Socrates was the most influential member of society who lobbied for solar architecture.  His passion and belief of building with the sun as the most important factor was so strong, that he taught classes on the subject. Throughout Greece, there is definite proof that people respected Socrates’ advice. The city of Olynthus in the Northern part of Greece was the first ancient Greek solar city. Every street was designed so that every home faced South.  Other cities followed suit, even as far away as Bulgaria. 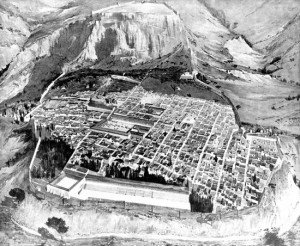 In November of 1974 the first solar flight, the AstroFlight Sunrise took place.

Although the flight was unmanned, it was developed by the 2 Boucher brothers, Bob and Roland.  In September of the following year, an improved Sunrise II flew to Nellis Air Force base. What is it about brothers and maiden flights? 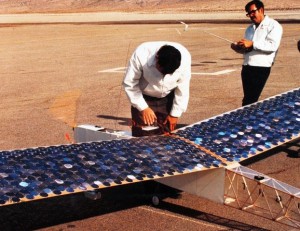 I hope you enjoyed!  If you know any interesting facts, share them here!