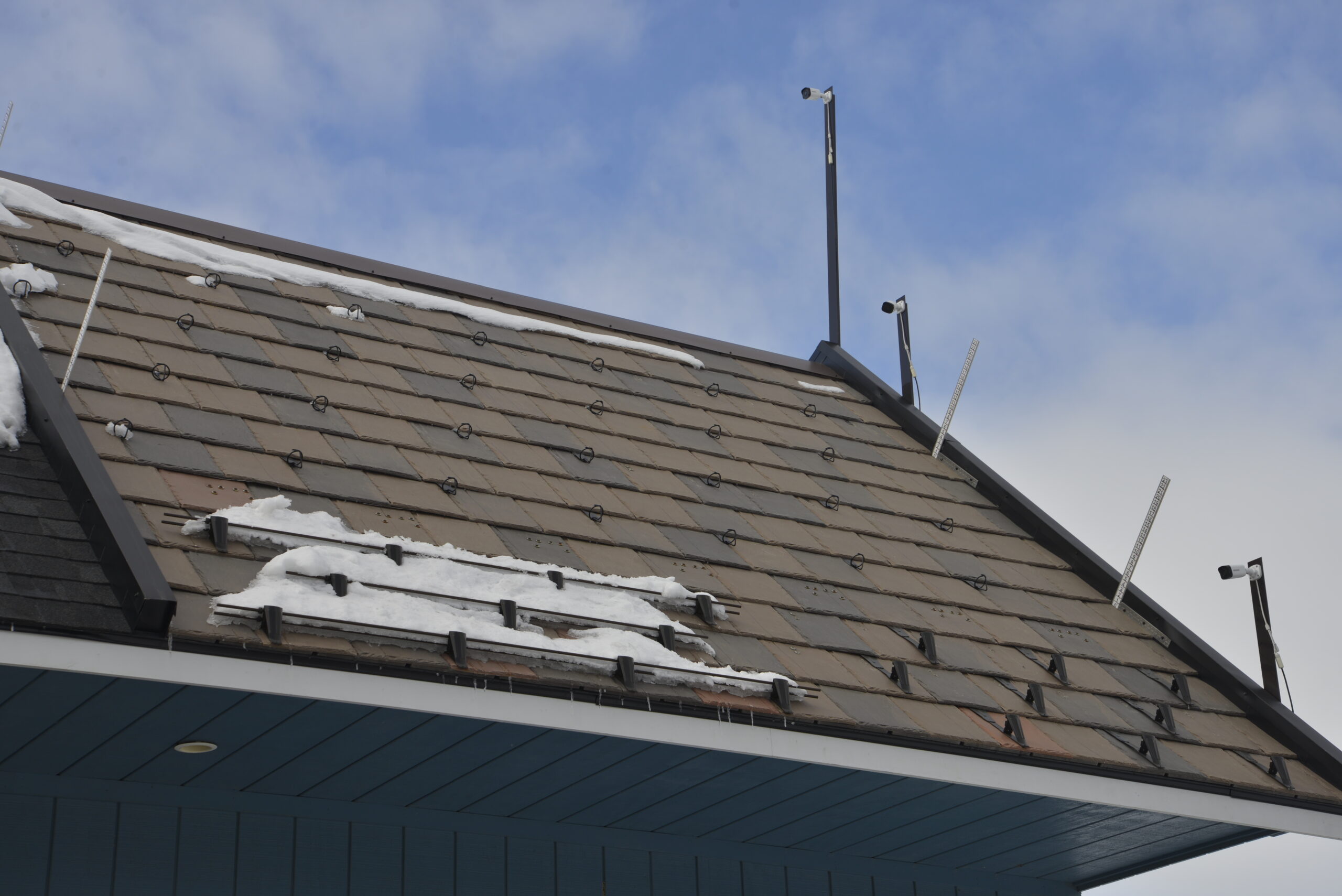 Spring in the northern Vermont is an unpredictable season. It could be 65° and sunny for six days straight. On that seventh day, the temperature cuts in half, snow begins to accumulate, and what was once bare ground is now a sheet of white. This is a yearly occurrence that we Vermonters are familiar with yet readily forget. Last week the phenomenon struck again. With it came an opportunity for us to test Wire Loop snow guard performance.

After a solid week of shaking off cabin fever from a long winter, people were out and about, soaking in the sunshine. Just as the sun appeared to be here to stay, April 21 ended the spring awakening. The temperature dropped to just above freezing. Winter jackets made a resurgence out of the premature storage they had recently been thrown in to. A light snow covered the ground just enough to make the roads slick. To add to the scene, there was more snow in the forecast. 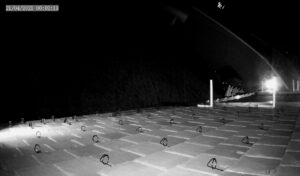 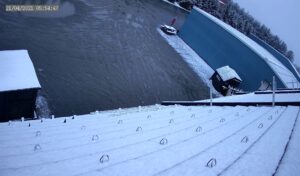 A few inches of snow had accumulated on the ground overnight. As the sun came up, the snow fall slowed. There seemed to be hope that the forecast was wrong, but it was not. Later that morning snow began to fall in large flakes, accumulating to nearly four inches on the roof surface. By 8:30 a.m., our snow guards were completely snow covered. This is where the story gets interesting. 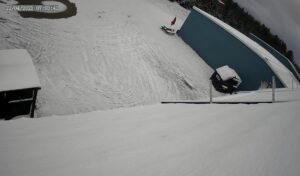 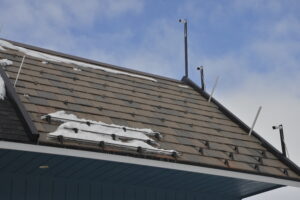 To familiarize yourself with what a pad-style snow guard is supposed to do, check out the blog “The Significance of Snow Guard Lay Out Pad Style.” To summarize, a Pad-Style snow guard restricts snow from sliding off the roof in large masses. Instead, you will have small sections of snow serpentine the guards and fall off in manageable pieces. 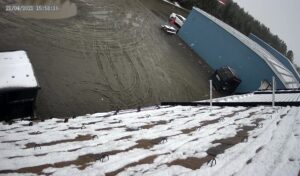 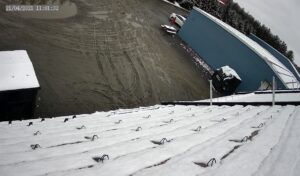 Now on to the results! The first thing to notice is that as snow melts on the 21st, it pulls away from the guards slowly as it melts down the roof surface. As the temperature lowers, the snow falls and fills the roof surface once again. The snow stays in place overnight as temperatures plummet, freezing to the synthetic slate. April 22 brings more snow, but the rising temperatures cause the snow to compress towards the roof allowing the tops of the dark bronze Fusion-Guards to appear. As the snow continues to compress, small lumps of snow appear above where they Wire Loops sit. 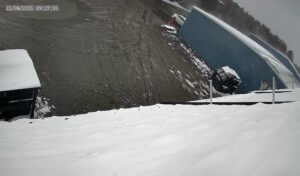 The mass of snow that slid off the left-side of the mock-up was unrestricted and only had one Fusion-Guard at the bottom to hold it back. Meaning once the melt-water under the snow reduced the friction enough to create a slide, there was nothing in its way to prevent the small avalanche of snow from toppling over the lone Fusion-Guard and onto the ground. This is the perfect example as to why our recommended layouts are to be followed. Where a bare roof would have had the entire mass evacuate all at once, our roof only had the outside 18” slide. The rest stayed in place thanks to the Wire Loop snow guards and Fusion-Guards creating an obstruction that retains the snow. 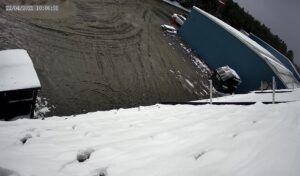 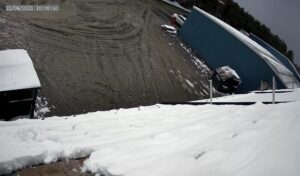 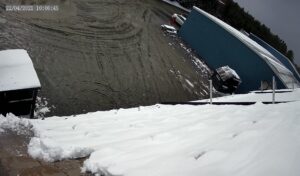 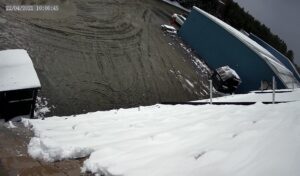 The snow, once settled, begins to move away from the snow guards and down the roof surface. As the lumps of snow begin to crack, the front of the Wire Loops become exposed and the snow works its way to the next row of guards. In a snake-like manner, the snow tumbles left, then back right, continuing down the roof in small amounts. As the sun begins to intensify, the snow melts towards the roof surface at an accelerated rate and the mass begins to dissipate as the Wire Loops hold it in place. 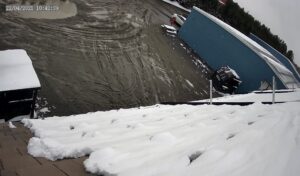 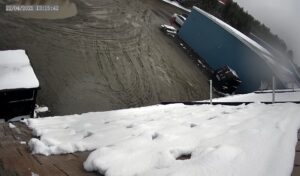 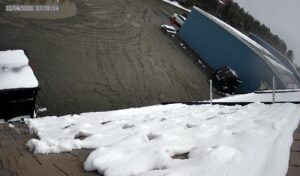 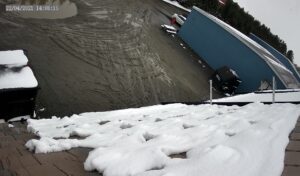 Finally, the snow is turned to melt water, the snow guards become exposed, and nothing was damaged due to a late spring storm. You never know what Mother Nature will throw your way, so be prepared for even the latest of snow storms with Alpine SnowGuards. 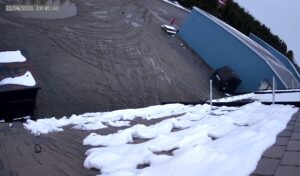 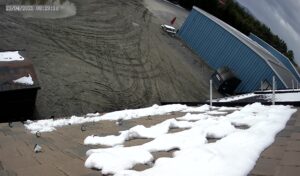 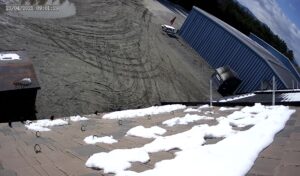 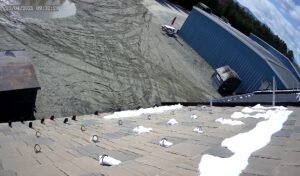 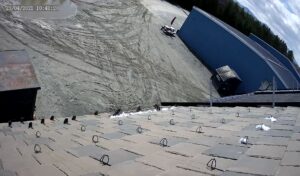 Sign up to start using our Online Project Calculator for FREE recommended layouts, estimates/pricing, system comparisons, and much more!