Hot off the heels of Congress passing the extension the solar ITC, the DOE (Department of Energy) has announced an expansion of the hugely popular Solar Ready Vets program, which gives active duty military personnel the training they need to utilize their skills in the solar industry as they transition out of the military, and into civilian life. (This past Veteran’s Day, I wrote another post on this amazing program as my way to pay tribute to, and to thank all vets (including my Dad, Brothers, and Uncles).

The Solar Ready Vets program began as a pilot program in 2014, with the inaugural  class of Marines graduating from Camp Pendleton in 2015. That’s them below! 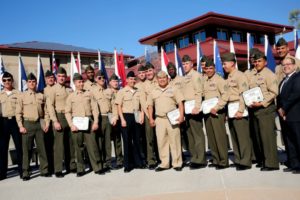 President Obama announced the formal launch of the program in April of last year, enabling the DOE and the DOD (Department of Defense) to take the program out of pilot status. Since then, Solar Ready Vets has trained over 150 vets. All 150 received a job within the industry shortly after graduation, working with big players in the industry like SunEdison, Vivint, Sunrun, and Solar City.

While the pilot program took place only at Camp Pendleton (Marine Corps) in California, the program has expanded locations to include Hill Air Force Base in Utah, Colorado’s Fort Carson (Army), Naval Station Norfolk (VA), and New York State’s Fort Drum (Army). Ten bases total are on the docket to join as training facilities by the end of spring 2016. 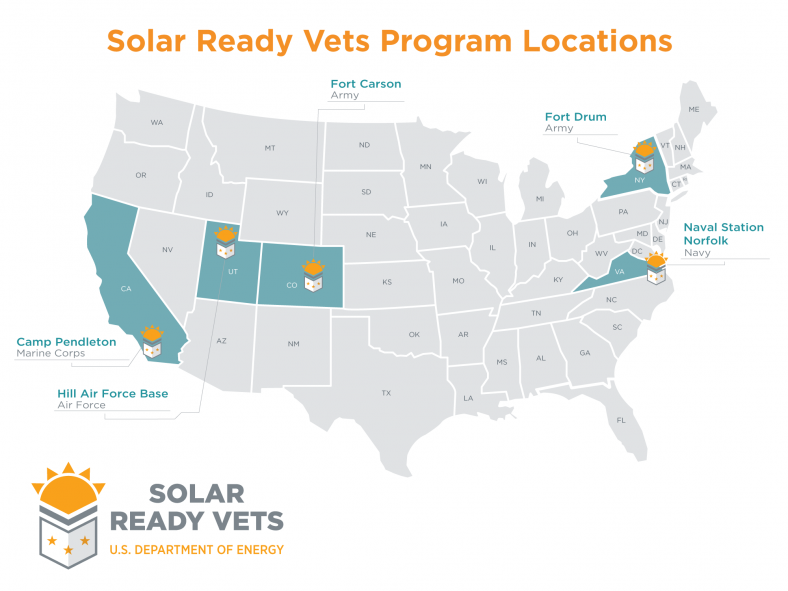 The training bases are selected based on the number of existing military personnel, the training capacity, and the strength of the surrounding solar market.

By expanding the program, Vets will have a faster, easier time finding a nearby base to join. It’s all great timing too – just as the solar industry announced 2015 as the biggest year in the history of solar power (check out these 8 stellar solar stats from 2015).I know I don’t speak for myself when I say we’ll all benefit by having these talented, super-skilled men and women as part of our workforce. It’s honestly a win-win situation that makes sense for everyone.

This is the second time I’ve said this same thing since last November: Veterans, we not only welcome you with open arms….we salute you!

Follow us and feel free to share & tag us in your installation images. And don’t forget to sign up to receive our monthly eNewsletter for the latest industry and EcoFasten news, updates and more!