Being in the solar and snow retention industries has been, for lack of a better word, enlightening.  Never in my life have I paid more attention to what’s on a roof, or for that matter, to roofs in general.  Design features of buildings that are intended to render them green are very intriguing, and it’s even more intriguing to know that it all started so long ago, rooted by the need for people to stay warm, stay cool, or to make tasks faster and easier than ever before. 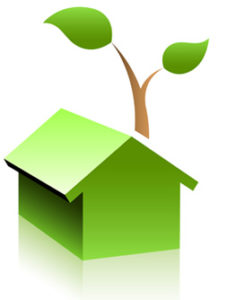 Environmentally friendly buildings have been around for thousands of years, and the ancients were way ahead of their time when it came to creating eco-friendly structures.  Harnessing solar power, wind power, and employing ancient cooling systems made life a heck of a lot more comfortable.  Some of the ways our ancestors used the same powers we employ now, in our modern world, are pretty intuitive, intelligent, and downright amazing when you sit down and think about it. 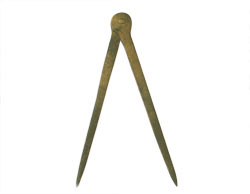 Sunlight has been a major contributing factor in the overall design of buildings for literally thousands of years.  Advanced solar architectural designs were used by many cultures, including the Ancient Greeks, who ran into fuel shortages (sound familiar?) which forced them to think about how they could design their buildings in a way that would collect and retain the most heat during the cold winter months.  In the design phase, they began planning their building so they were pointed towards the sun, providing both much needed heat and light.  Romans eventually added glass panes to their windows in order to store the collected heat. 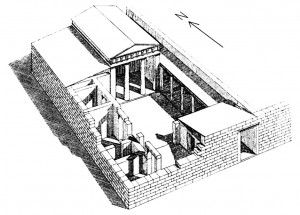 In the 13th century, the Anasazi, ancestors of the Pueblo people, built their homes within south-facing cliff dwellings in order to capture the most heat in the winter.  The walls were 18-24 inches thick and were made from cement created from water and sand.  This would help absorb the heat from the sun, and keep it within the walls, which would then radiate heat during the colder nights. 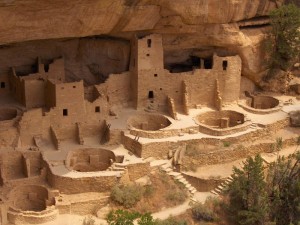 Some modern day architects are looking to the past for low-tech, simple solutions for reducing the energy demands of new projects.  In India, for example, there are new construction projects that incorporate massive pools of water, encased by descending steps called baoli (the Hindu word for stepwell) at the base of the buildings.  This cooling concept was seen in ancient Indian architecture, and the design actually cools the building by at least 20 degrees through evaporation.  As the water evaporates from the pool, it immediately lowers the temperature of the space around it.

Entire buildings are constructed to be raised off the ground on pillars, which creates a shaded and airy space commonly used for exhibitions or recreational purposes.  The walls are fabricated from heat-absorbing materials which “banks” the heat from the sun during the day, and slowly releases it during the colder night, much like the methods of the Anasazi in the 13th century.

Since the early 19th century, the citizens of Yazd, Iran, have been cooling their homes using the power of the wind.  A Badgir (Farsi for windcatcher) is an ancient architectural element introduced by the Persians and has become an essential part of maintaining consistently comfortable temperatures. 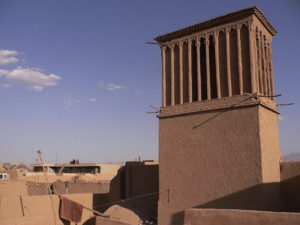 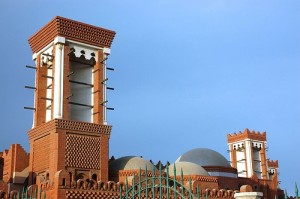 Ancient Iran wind catchers featured anywhere from 2 to 8 openings at the top of the structure, which would literally “catch” the breeze no matter from which direction it was blowing.  The captured breeze would then travel down the capped tower and into an area where there were underground canals that would store the wind power, while also acting as a cooling system.  These cooler areas also gave people a place to escape to, to get out of the scorching Iran heat, as well as the discovery that these areas were an ideal place to store food.

In recent years, the wind catcher technology has been used on building like the Visitors Center at Zion National Park in Utah, with no additional mechanical devices used to maintain the temperature.

The oldest known windmill dates back 3000 years to ancient Persia.  The vertical windmills were used to pump water and grind grain.  By bundling together strong reeds, vertical paddles were created which would spin around a center axis.  This was the first known functioning design used to harness the power of the wind to help make everyday tasks easier, and automated. 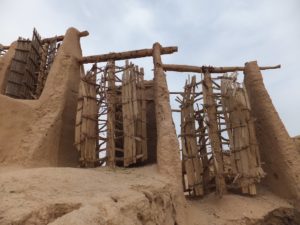 All of these efforts paid off, and in big ways. To think that all these years later, these principles are still being used in one way or another.  We’ve come a long way, and at the same time, our foundation was built by those who came lifetimes before us.

EcoFasten Solar® and Alpine SnowGuards® design, engineer and manufacture snow management systems and watertight solar roof mounts and components from our facilities in Morrisville, VT. We work closely with leading roofing contractors, engineering firms, solar developers, racking system providers and roofing manufacturers to ensure we deliver quality products that do what we say they’ll do.