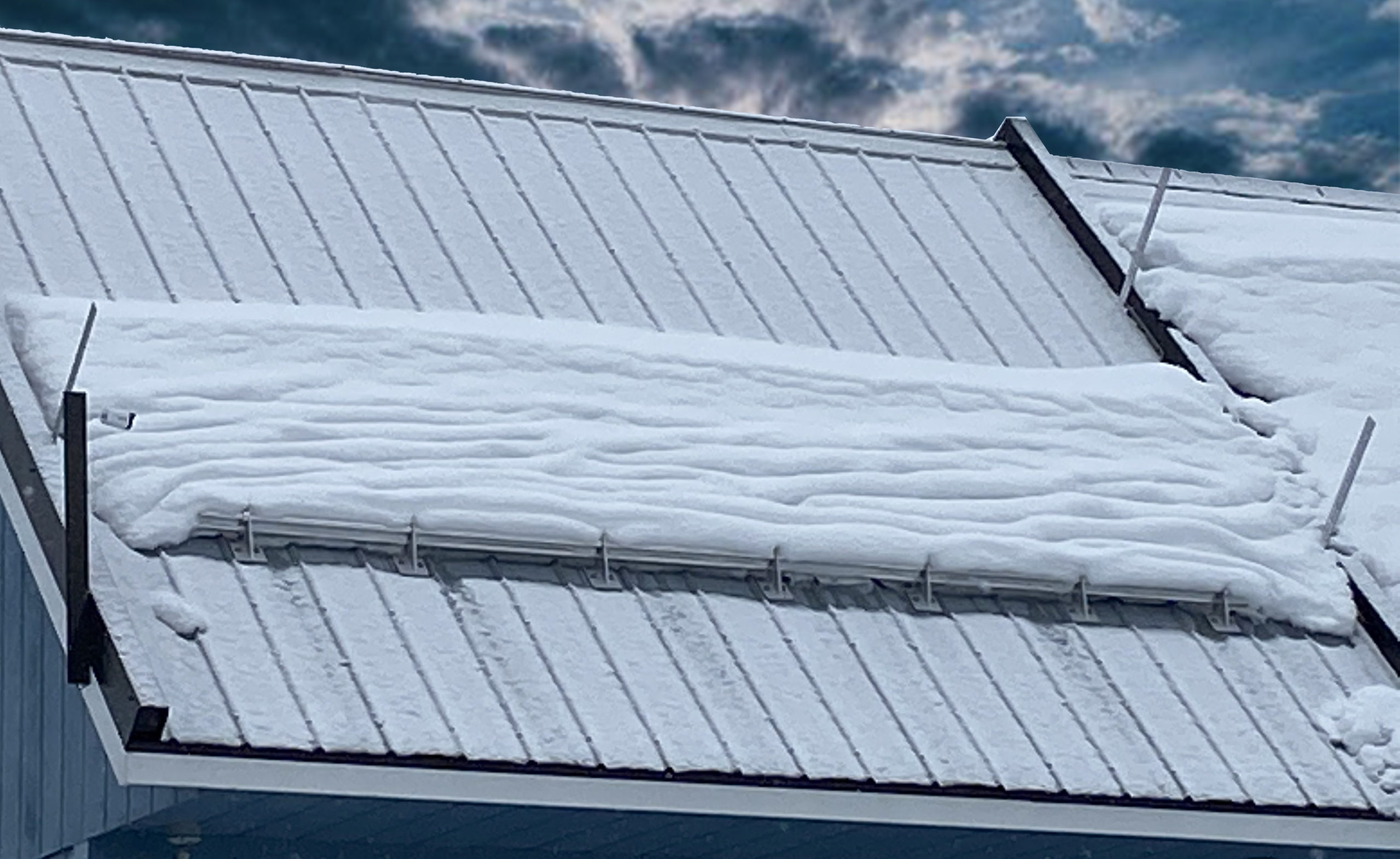 This article touches on managing snow on corrugated metal roofs as observed from our snow guard performance testing facility in Morrisville, Vermont between mid-January – early March, 2020. We also researched performance on synthetic slate, composition shingles, slate and tile, membrane and solar panels. All research occurred during Jan. 16, 2020 – Mar. 5, 2020 for a true “apples to apples” comparison.

As our research continues on the roof mock-ups we’ve constructed at our Vermont facility in 2019, it’s worth noting again that there were very few snowfall events, and so there were also very few opportunities to collect and analyze data.

The timeline shows the dates of each snowfall event, and the associated snow accumulation. Note that the dates below are the same dates we’ve looked at for the past blogs, to ensure an “apples-to-apples” analysis: The most significant events associated with the snowfall relate to drifting of snow from the Northwest, 7/12 pitch roof, to the steeper, 12/12 pitch Southeast side of the building. It’s important to point out that similar drifting situations occurred on our factory building, as well as neighboring factory buildings.

Observations Made on Neighboring Roofs

It wasn’t our intent to study these neighboring roofs – it turns out that a few of the 16 cameras we had mounted on the mock-up are positioned in a way that allows sweeping views, as well as the collection of this additional data. I point this out to show that the drifting we observed wasn’t directly related to differing roof pitches on the mock-up. Instead, the drifting was related to building orientation, wind direction and lack of obstructions like trees and taller buildings. All of the latter variables affect drifting and can be taken into consideration by a local engineer based on site specifics.

Notice the cornices of snow and ice that gradually crept out and over the eaves of both our 12/12 pitch mock-up and the 3/12 pitch roofs on the steel buildings in the area immediately around our facility.

Our belief is that this creeping is the direct result of heavy snowfall with significant drifting, followed by cold temperatures, and finally, compounded by heat loss from within the building. A thin layer of ice developed close to the roof surface, facilitating a slow, glacier-like creep of the snow and ice mass at the eaves.

It’s important to note that this phenomenon occurred on buildings with and without snow guards installed. Take a look at one of our neighboring buildings (below) and the damage their gutters sustained as a result of the above scenario. These gutters were installed more than 10 years ago, and this is the first year their gutters saw damage of any form.

Above/upslope from where snow guards are installed, sliding snow and ice is managed as expected. On the other hand, they do nothing in the way of managing the mass below them. This may seem like an obvious statement, yet even buildings with snow guards installed can experience this creep of snow mass that eventually hangs as a cornice below the snow guards, and in some cases, over the eaves of a building. If this is happening on your building, please take the time to remove the mass. It can be very heavy, destructive and dangerous when it releases.

Alpine believes that roof surfaces that are 8/12 pitch or greater, in areas with ground snow loads of 40 psf or greater, are more susceptible to buckling events that can crest and come over the snow guards. For this reason, we believe that steeper roof pitches (8/12 and over) show better snow management results using taller snow guards, multiple tiers of snow guards or hybrid systems that utilize pipe-style snow guards at the eaves, combined with pad-style snow guards that distribute the mass more evenly, similar to the granular surface of composition shingles, as mentioned above.

Using a barrier type of snow guard at the eaves, like a pipe-style system, makes sense as a way to increase safety as well as a way to add friction upslope. This will reduce negative aesthetic impact while aiding in the distribution of friction points.

Overall strength of the snow guard brackets does not necessarily correlate to system performance.

Proper placement of snow guards in the appropriate quantities seems to relate more to system performance than individual component strength.

Two Questions Should be Considered

For those of you who have been following the continued research we’ve been conducting on the research facility we had constructed here at Alpine SnowGuards, you will recognize that we’ve observed some very interesting activity, and have some valuable take-aways. Some we expected – and some we didn’t. You’ve been able to see what we’re observing right along with us!

Alpine SnowGuards in 2020: A first-of-its-kind research facility
Posted on January 2, 2020 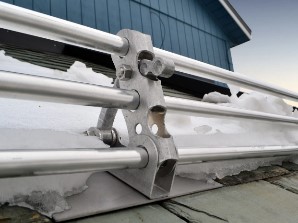 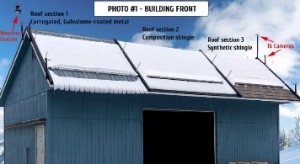 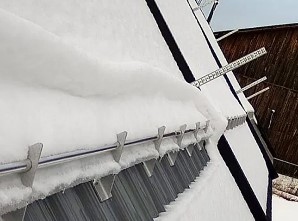 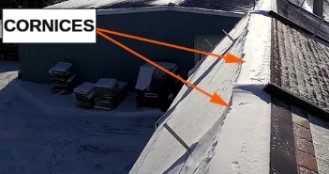 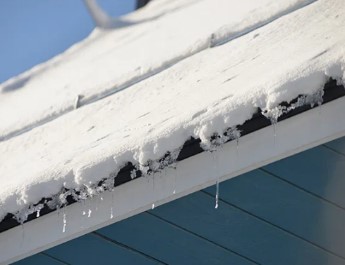 Your feedback and observations are always welcome and appreciated.

Sign up to start using our Online Project Calculator for an immediate layout and project pricing! Now, you can even ORDER ONLINE!