Everywhere you look these days you see it – roof mounted and ground mounted, on homes, apartment buildings, shopping malls, marinas, carports, and yes, at the homes of celebrities.  Tinsel town has a reputation for being superficial, but that doesn’t mean celebrities don’t care about what’s really important, like the environment.  Check out these 6 celebrities who do their part in helping the planet become a greener, cleaner place for us all to inhabit. 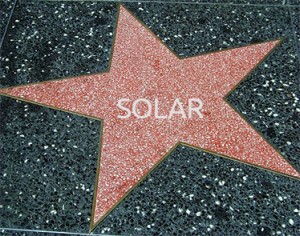 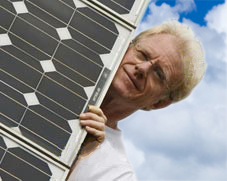 There may be no star that shines brighter towards a renewable lifestyle than Ed Begley, Jr..  A tenured, and outspoken activist, Ed has been the mastermind of many green campaigns, including a stint with the Sierra Club with their “Beyond Oil” campaign.  Since 1985 he’s owned a windmill in the California desert, the same year he started heating his water with solar power.  In 1990 he had a solar array installed on his house and has been reaping the benefits ever since.  Way to go, Ed!  You’ve gone from St. Elsewhere, to just plain saint (am I dating myself with that statement?)

Known for some pretty “out there” movie roles, Woody is also well known for his environmentalism.  He’s a huge proponent of alternative energy, and supports solar power wholeheartedly.  He lives in Maui (sure sounds nice this time of year), on a working, entirely off the grid farm with equipment powered by biodiesel, and has been seen traveling to the movie set in a sustainable bus rigged with solar panels.  Cheers, Woody!  I always thought you were a pretty cool guy. 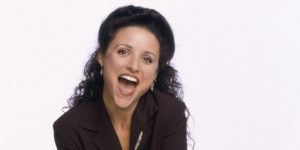 The actress greened up her 1930’s-era Santa Barbara home back in 2003, to include a net-metered solar array, natural ventilation system, a solar hot water heating system, and a retractable sunroof that reduces air conditioning needs.  She also made sure that the building materials used were salvaged to be reclaimed in her home.  Way to go, Julia! 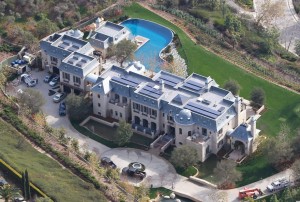 I was born and raised in Vermont, and so being a proud New Englander, I am also, almost by default, a Patriot’s fan….yeah, I was pretty stoked about this past weekend’s game, and am even more excited for the AFC Championship slated against the Colts on the 18th.

A star on and off the field, Tom’s home in Brentwood, CA dons a rooftop solar array that rivals the white house.  A 150-panel and 39kW system produces 19,280 kW annually, which, with a compound of this enormity only offsets about 51% of their energy usage (the White House, in comparison, has been said to only offset about 2% of its energy usage).  Well played, #12. 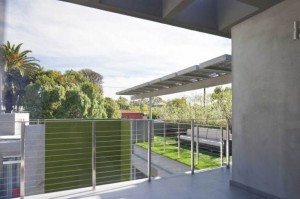 The journalist’s home in Santa Monica is not only carbon neutral; it’s also LEED Platinum certified.  Powered by more than 60 solar panels, radiant heating, an EV-charging station, and a 5,000 gallon rain water tank, Lisa has gone the extra mile in staying committed to renewable energy.  Her lawn is covered in Smartgrass, which is synthetic, and has the appearance of the lush grass you would see on a golf course, yet with no need to water.  Also, no need to mow!  When the home was finished being built, it was deemed Santa Monica’s very first Energy Neutral home!  Her view on renewables is admirable for sure. 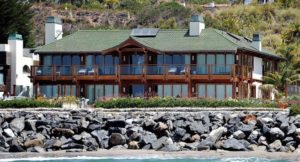 In 2008, the Irish-born actor was inducted into the Environmental Hall of Fame for, among other things, spearheading countless environmentally geared projects and donating upwards of $1 million to projects created to contribute to the protection of the environment.  He and his family live in what could just be one of the most environmentally conscious homes in the country.  Their mansion in Malibu generates enough surplus electricity through their solar array to sell back to the grid, and all of the water they use is recycled right then and there.  Add to that an almost half a million dollar climate-controlled lighting system that features energy saving properties, and non-glare, highly insulated windows, and you can see how Pierce has formed a tight Bond with the environment.

While we don’t all have a couple million bucks kicking around, and probably don’t all have the means to employ all of these things into our homes or our lives, we can take a step back and look at the way we live, and recognize the possibilities for improvement.  Installing solar panels on your home is just one way you can give back to the environment.  Hopefully this post serves as an inspiration to be constantly on the lookout for more.